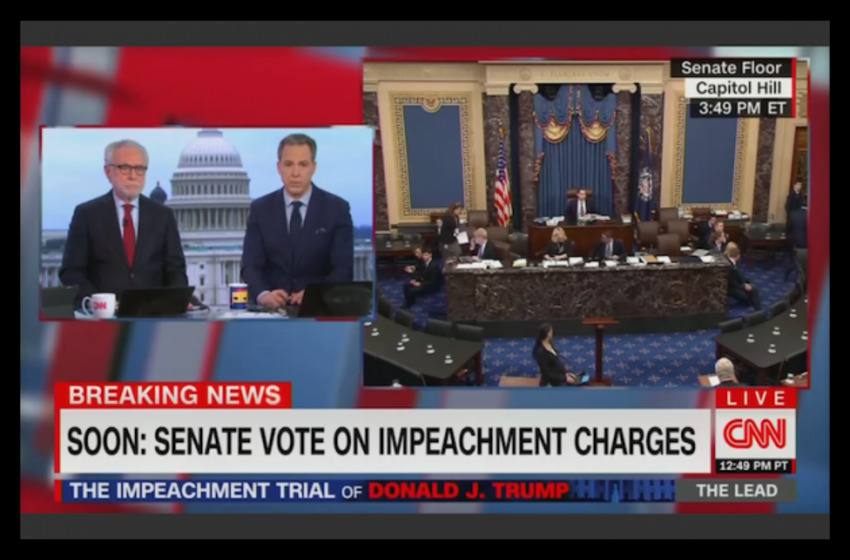 CNN’s latest Trump-bashing narrative is something to the tune of: Everyone knew the coronavirus was a serious problem in January, and everyone was taking it immensely seriously except for President Trump and his incompetent administration. Yet a Media Research Center analysis finds CNN’s own coverage of the virus in January and early February was incredibly deficient, as the liberal cable network was reluctant to devote much time to anything unrelated to Trump’s impeachment.

MRC analysts examined all of CNN’s daily programming from 6:00 am to midnight EST between January 17 (the first day any news network discussed the coronavirus) through February 5. Our analysts found that CNN’s January coronavirus airtime averaged 12 minutes per day, or about 40 seconds per hour. That works out to a meager 1.6 percent of their total coverage, even after excluding an average of 21 minutes of ad time per hour on the network.

By comparison, the three major broadcast networks (ABC, CBS, and NBC) projected a clear sense of urgency from the start. On average they spent two and a half minutes per evening newscast on the coronavirus during those same days — and their newscasts are only about 19 minutes long (minus commercials and teases). That comes out to a rate of five minutes of coronavirus coverage per hour (14% of all coverage), or nearly eight times the rate of CNN.

Additionally, the coronavirus outbreak was the lead-off story in 19 out of 57 (33%) of the network evening broadcasts. During those same 20 days, CNN made the virus its lead story of just four of its 360 hours of programming (or slightly more than one percent).

It’s obvious CNN was too obsessed with impeachment to waste time on the outbreak in its early stages. The network relegated nearly all of its early coronavirus coverage to small news briefs, which generally were squeezed into the last few minutes of any show that bothered to cover it.

Now that it’s become a massive crisis, CNN has taken every opportunity to pan the President’s supposed lack of seriousness at the beginning of the outbreak. Their hammering of this narrative is ironic, considering they were too engrossed in promoting the Democrats’ impeachment agenda in January to give this story the attention it deserved.