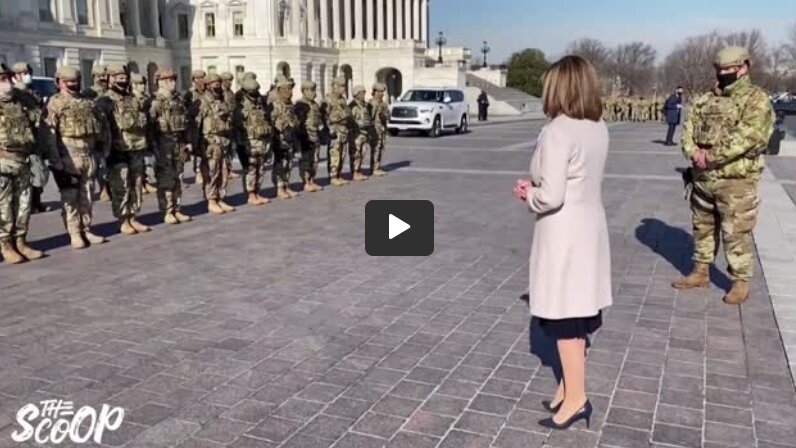 So What changed, Nancy?

The video at the bottom of this article shows how Nancy Pelosi’s views on using National Guard troops against protestors in Washington, DC has taken a full 180 in less than 1 year.

In the first part of the video, Pelosi is shown praising of group National Guard troops on January 13, 2021.

“I hope that the fact that you are here will be a deterrent to those who have come to undermine our Constitution,” says Pelosi to a group of around 20 or so soldiers.

“We want the message to be clear,” Pelosi continues, “that the Capitol, our Democracy, our Constitution are safe because of your patriotism.”

In the second part of the video, taken from Pelosi’s weekly press conference on June 4, 2020, Pelosi discussed a letter that she had sent to President Trump, condemning him for deploying National Guard troops to D.C. during the violent and deadly George Floyd riots.

“I sent a letter to the President expressing concern about the increased militarization and lack of clarity that might increase chaos,” read Pelosi.

“By what authority do these National Guard people come in from other states?” asks Pelosi to President Trump.

“Of course today is a day of great sadness,” Pelosi claims at the end of the video.

Click the video below to watch Pelosi’s stunning hypocrisy.