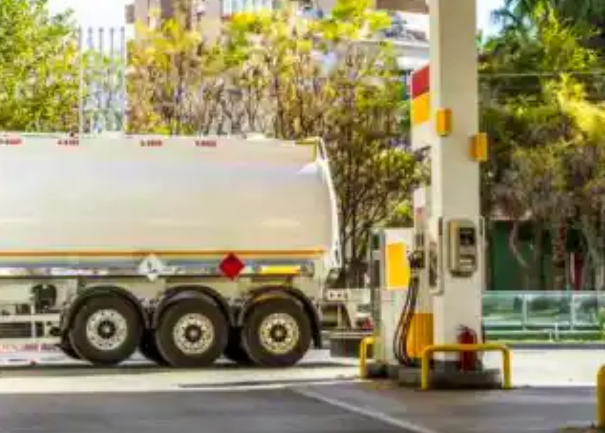 Experts are working hard to sound the alarm that in less than a month, America will be out of diesel fuel which will have a catastrophic domino effect on the economy. Some experts are saying the diesel situation is as dire as in 2008, while others are saying it has not been this bad since 1954. Mainstream news media is largely avoiding this story because of the midterm election coming up on November 8. Still, in less than two years, Joe Biden and the Democrats have managed to take America from complete energy independence under the Trump Administration to a catastrophe the likes of which this country has never seen.

We reported on this story a week ago: “Diesel Supplies Are Critically Low & Biden Doesn’t Give a Hoot.”

One has to remember, after all, it was Joe Biden who said, “I guarantee you we’re going to end fossil fuels,” on the campaign trail in New Castle, N.H., on September 6 of, 2019. 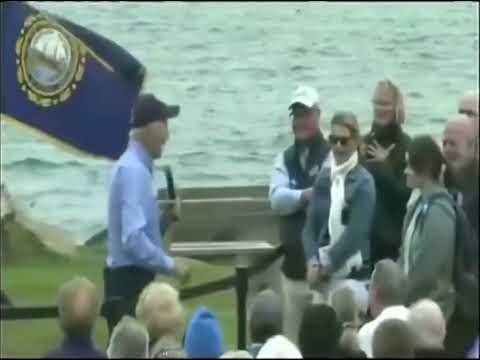 A crowd of several hundred useful idiots in his audience applauded. Do he and these lefties really think they are going to save the planet by eliminating all fossil fuels of America overnight?

Why this harsh categorization of his supporters as useful idiots?

If Republicans make fun and have a few laughs at the debate performance of John Fetterman going up against Dr. Mehmet Oz in Pennsylvania, Democrats scream, “Too soon!” They are quick to invent a new tag for the mockers of them being “ableists,” which (apparently) is now somebody who belittles anybody with a disability.

Logically though, nobody is really hurt if it costs a mentally incompetent man a senate seat other than Fetterman, himself, and the Democratic party.

But when Democrats push The Green New Deal on America to the detriment of the entire nation, which will cause people to starve and freeze to death this coming winter season, Republicans are scorned for trying to tell them, “Too soon!”

There is no logic with Democrats, and following their narrative will hurt (and kill) thousands of Americans this coming winter.

To be clear, climate change is a hoax, and it has been proven to be a hoax by science for more than 50 years now.  That is to say, every major scientist who got their 15 minutes of fame with a new scientific hypothesis theory on what will result when their version of climate change impact comes to pass has never come to pass.  In other words, going back to the movie “An Inconvenient Truth,” the real inconvenient truth is if you believe these people, you believe liars!

When it comes to the importance of diesel fuel, almost everything we consume is delivered to our doorsteps by fossil fuels. Trains and trucks bring the bulk to us, but increasingly, aircraft using Jet-A fuel bring us products by way of online services like Amazon.  In the spectrum of petroleum refineries, Jet-A would be on the opposite high end of diesel on the low end.

We must also not forget these huge cargo ships bringing imported goods to us largely from Asia! How will China react to those ships sitting stagnant in the harbors as we await their goods?

Then we must remember our nation’s farmers who rely on diesel for much of their farm equipment sowing and reaping from the land and all of those who bring us seafood from the ocean as well.

Of course, when crude oil is refined, other fuels fall out of the process, such as home heating oil as well as gasoline which drives more than 90% of our personal vehicles. This means many people won’t be able to commute to work or stay warm at home.

Grocery store shelves will soon be empty, making our beloved America look like any other third-world country. People will go hungry.

This is not being reported to create panic but to warn those reading we (THE PEOPLE) have to start to talk about this, and we (THE PEOPLE) have to start coming up with a plan. A good start to that plan would be for people starting to come together in fellowship and community to simply share knowledge our mainstream news media no longer reports. Those who have much can share with those who have little. There is always safety in numbers. The next step would be to demand action from our elected officials who were put into office to serve the US!

People of different religious faiths always believe in God and the fact He is always in charge in the end but will only respond if asked for His help through prayer. We may be seeing that coming about.  This past week, two billionaires liberal Democrats who helped prop up a compromised Joe Biden in our highest office suffered some mindboggling losses.  One was Jeff Bezos and his Amazon Corporation, and the other was Mark Zuckerberg and his Meta Corporation (Facebook and Instagram).  Assuming the old adage, “Money talks and bull sh*t walks,” still holds true, one can imagine both of these men will truly get woke to the path they now find themselves on. As I can hear my Dad in Heaven say, “They hooked their cart up to the wrong horse, and now they are paying the price!”

Liberals always misjudge and get us conservatives wrong. I think it is because they think they know better and then talk down to us rather than with us. I want America to wean itself off fossil fuels but not because I believe in any manmade climate change. I want America off of fossil fuel because it is a dwindling commodity that will one day run out. Again, I believe in having a plan.

Another example of how I regard liberals as misguided pliable idiots is this; Nobody had higher hopes for the electric trucks made by Tesla and Rivian than I did.  But, as I predicted, the first tests of these trucks pulling loads of campers, boats, and trailers are failing miserably.  Apparently, under load, some trucks are down to a range of just 75 miles from their empty load rating at a sale of 300 miles.

I am human, and just like the liberals, I can be wrong, too. As such, I reserve the right to correct myself and apologize for being wrong.

I wrote this article as I was not well informed about the rapid oncoming shortage of diesel fuel our nation was facing. I am sorry. I incorrectly assumed Congress would be engaging in some emergency measures to offset such a crisis. These days it seems Congress is more about gender fluidity, cashless bail, and gun confiscation since they figure they have a handle on climate change now.

Another thing I stand corrected on is I used to think terms like “Deep State,” “New World Order”, “Elite Globalists”, and “Great Reset” were all just conspiracy theories.  Wow!  It is all coming to pass right before our very eyes, and most Americans are looking for a heroic leader to simply tell us what to do next. I am not proud I was wrong, but I am also not so proud as to not admit when I was wrong.

Somebody passed me a tinfoil hat for Halloween; I was wrong. This is an actual conspiracy occurring in real-time.

The Green New Deal is the path to The Great Reset, and it is all very clear to me now!

Why the Sudden Rash of Food Processing Plant Fires?June 12, 2022In “Columns”

Poll Reveals 25% of Americans Ready to Take Up Arms Against GovernmentJuly 2, 2022In “Columns”