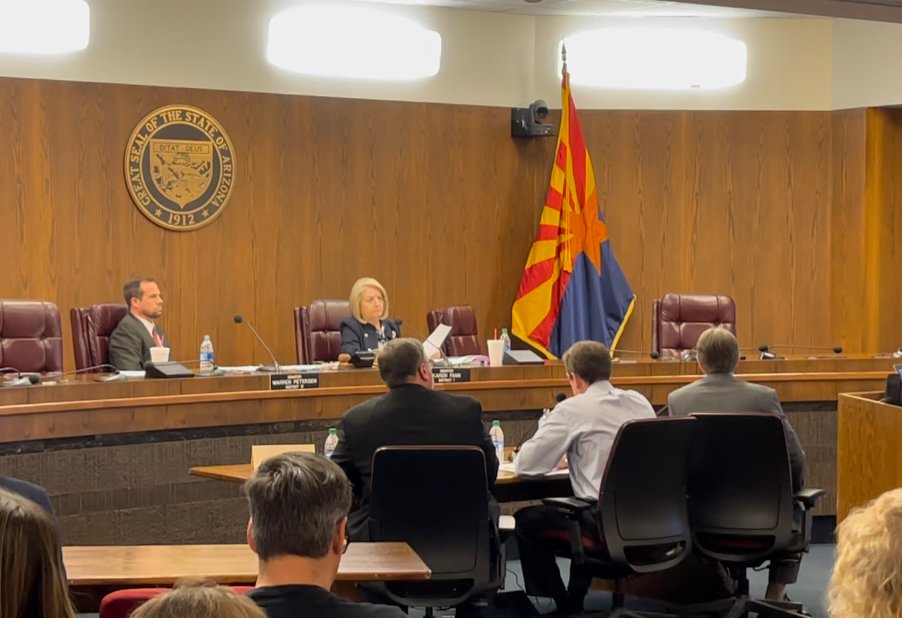 On Thursday the Arizona Senate held a hearing with audit officials to announce the findings of the audit and determine how to proceed.

The hearing revealed scandalous results including more than 74,000 ballots that were mailed in without documentation of being mailed out to voters and Arizona State Senator Wendy Rogers is already demanding the electors be recalled.

President Donald J Trump along with one of his top political advisors and longtime confidant, Dan Scavino shared some huge messages to their Telegram accounts after the Arizona Senate audit hearing.Donald J. Trump

Arizona Senate hearings on the Maricopa County Election Audit is devastating news to the Radical Left Democrats and the Biden Administration. While this, according to the Senate, is preliminary, with results being announced at a later date, it seems that 74,243 Mail-In Ballots were counted with “no clear record of them being sent.” There were 18,000 voters who were scrubbed from the voter rolls AFTER the election. They also revealed that the voting system was breached or hacked (by who?). Very big printer and ballot problems with different paper used, etc., and MUCH MORE.

The irregularities revealed at the hearing today amount to hundreds of thousands of votes or, many times what is necessary for us to have won. Despite these massive numbers, this is the State that Fox News called early for a Biden victory. There was no victory here, or in any other of the Swing States either.

Maricopa County refuses to work together with the Senate and others who are merely looking for honesty, integrity, and transparency. Why do the commissioners not want to look into this corrupted election? What are they trying to hide? The highly respected State Senator Wendy Rogers said in a tweet the hearing today means we must decertify the election. In any event, the Senate patriots are moving forward with final results to be announced in the not-too-distant future, but based on today’s hearing, why even wait?

Forwarded from Team TrumpWe are not going to wait for 2024, the situation is alarming and abysmal. President Donald Trump will return in 2021 and we can do it together!