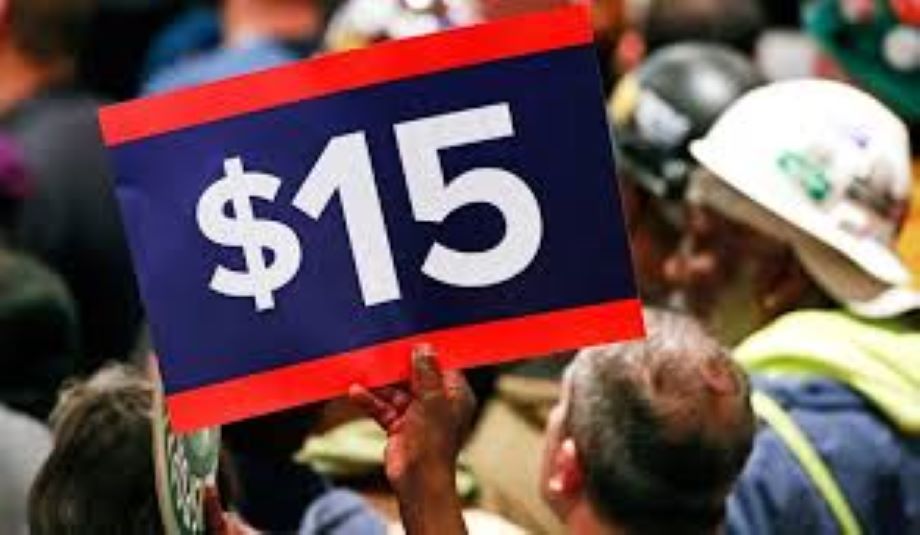 If Mr. Balil takes no action on his budget, the labor cost will raise to $47,325 if all employees are paid $15.00. The total amount for all expenditures is $79,825. For every two weeks there will be a loss of $9,825 including the reserve fund. Mr. Balil has saved a decent amount in the reserve fund, but only has $10,000 saved up in it. He also has saved up a decent amount from his past profits, but those profits are intended to create 50 new jobs. Mr. Balil can’t afford to pay his employees without changing the prices or cutting the cost of labor. Many Democrats say that if he can’t pay his employees a “living wage” then he shouldn’t own a business. They literally say that if Mr. Balil can’t pay 50 employees the living wage for big cities even though his employees, and himself live in a small town, that he shouldn’t own that business. Why should Mr. Balil and other small town business owners have to pay the living wage for places like New York City or L.A. when he lives in a small town, and already pays his employees the living wage or more for the town he is located in? Anyways, let’s see what Mr. Balil would have to do to make his business profitable again.

As of right now Mr. Balil’s business makes $70,000, but his expenditures are $79,825 thanks to the new state minimum wage. Mr. Balil has to make profits or shut down. Keep in mind he needs at least $800 in profit to pay for his cost of living assuming that his cost of living doesn’t increase with the increase of the minimum wage (though it will likely increase.) He also needs to keep his reserve funds in case of repairs to the restaurant. He will use the profits he has saved up for now to pay for the rest of the expenditures, but that is not a long term solution. Mr. Balil needs to either up the cost of his food, cut labor, or both. The supply and demand of his food as well as the new minimum wage including the effects has to be taken into account. Mr. Balil chooses to raise the prices a decent amount. His business now makes $71,000. Even though he raised the prices a decent amount, demand decreased with it. Making only a $1,000 more in profit, Mr. Balil has to cut labor. He wishes to not cut the hours of everyone, but needs to cut labor by $9,625 to reach a profit of $800. Mr. Balil has to cut at least 642 hours to make that profit. That’s almost 13 hours per employee. Mr. Balil could layoff four part-time employees who work a total of 160 hours to reduce the hours cut to all other employees to 482. That’s about 10.5 hours per employee. No matter what Mr. Balil does, he has to put aside adding 50 new jobs to the county. If Democrats pass the $15 minimum wage nationwide, thousands, if not tens of thousands of businesses will face the same scenario. A scenario in which they have to increase prices, cut hours, layoff employees, hold off on expanding the business, etc. The damage that the $15 minimum wage will cause if passed will, at the very least create a recession, but has the potential to create a second Great Depression. The worst case scenario is that small businesses will be destroyed entirely, or struggle to survive. Small towns will lose nearly all of the businesses they have. Entire regions will have high demand and low supply which will result in a skyrocket in prices. Unemployment will skyrocket. There will be a loss of full-time jobs which will mean the loss of healthcare for many. Confidence in the fast food industry, grocery industry, etc. will fall as will the stocks of the businesses in said industries. I don’t believe a nationwide $15 minimum wage will cause another Great Depression, but I am certain it will cause a devastating recession with the potential to rival the Great Recession.