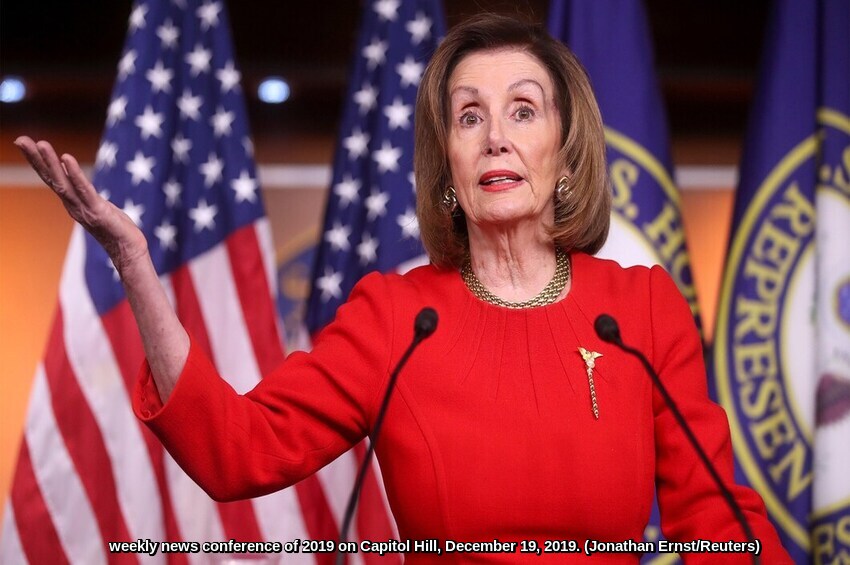 If impeachment is all benefit and no cost for Democrats, why shouldn’t they impeach every Republican president?

This Leftist triumph is less than a half-hour younger than the Trump presidency itself. “The campaign to impeach President Trump has begun” a Washington Post headline screamed on January 20, 2017 at 12:19 p.m. — just 19 minutes after Trump took the oath of office. From  Russia! Russia! Russia!, to the Emoluments Clause, to tax returns, and finally Ukraine-o-rama, Democrats have tortured Trump and his supporters for the high crime of defeating Hillary Clinton for president.

Now,  to add insult to impeachment, House Speaker Nancy Pelosi (D., Calif.) is sitting on the paperwork that would trigger a Senate trial. This would leave President Trump indicted for abuse of power and obstruction of Congress but unable to defend himself. Congress has fled for its Christmas break with prospects for a Senate trial totally in limbo until at least January 6, 2020 — an election year.

“We have legislation approved by the Rules Committee that will enable us to decide how we will send over the Articles of Impeachment,” Pelosi said. “We’re not sending it tonight, because it’s difficult to determine who the managers will be until we see the arena in which we will be participating.”

That arena is called the U.S. Senate, Nancy. And the Senate — not you — decides how an impeachment trial will proceed.

Any prosecutor who attempted this real-life version of Franz Kafka’s The Trial would invite judicial sanctions.

Pelosi’s behavior mirrors Democrats’ charges against Trump. She is blackmailing Senate Republicans with a quid pro quo: she will hold the articles of impeachment hostage until GOP senators do her a favor and customize a trial that suits her.

“It looks like the prosecutors are getting cold feet in front of the entire country and second-guessing whether they even want to go to trial,” Senate Majority Leader Mitch McConnell (R., Ky.) observed. “They said impeachment was so urgent that it could not even wait for due process, but now they are content to sit on their hands. This is really comical. Democrats’ own actions concede that their allegations are unproven.”

If President Trump really is as reckless and dangerous as Democrats insisted throughout this impeachment saga (and, indeed, since he descended the escalator at Trump Tower), wouldn’t Democrats want to try him and attempt to oust him, rather than keep him around, even one day longer? Or is he really no serious risk to the Republic? Which is it?

Despite all of this, Senate Republicans inexplicably could turn the other cheek.

McConnell and Judiciary Chairman Lindsay Graham (R., S. C.) have signaled that they want a brief trial, with few if any witnesses or perhaps just a motion to dismiss, which could conclude this matter in mere hours.

Hurried Senate action will lower the price of Democrats’ divisive, 100-percent hyper-partisan charade to that of a game of ding-dong-dash. This would be as if Democrats, rang the White House doorbell at 3 a.m. As Trump stood on the front porch, grumbling in his bathrobe, Democrats giggled among themselves from the bushes in Lafayette Park, high-fived each other, and skipped off into the night — with impunity.

If the Senate GOP does not make Democrats pay, big time, for their impeachment outrage, they will inflict this on the next Republican who dares to defeat their nominee.

Democrats need to suffer serious consequences for what they frivolously imposed on America. It’s time for them to endure the unmasking of their sordid, corrupt, international effort to torpedo Trump, since his candidacy. Among others, witnesses to this apparent misconduct should include:

These witnesses likely will confirm that President Trump had legitimate reasons to suspect Ukrainian corruption, political and otherwise. Such testimony would justify his asking President Zelensky to investigate these shenanigans. These witnesses also could expose Democrat bias in these impeachment proceedings. Republican senators should give Democrats the opportunity to denude themselves as calculating cheats and liars.

If impeachment is all benefit and no cost for Democrats, why shouldn’t they impeach every Republican president — including impeaching Trump again, as some Democrat zealots have suggested.

If Republicans expect any credit for finishing this swiftly, “to spare America more grief and move on,” they are sadly mistaken. Here is the sheet music from which Democrats and their liberal-media bootblacks will sing, should GOP senators adopt a quick motion to dismiss:

Republicans perpetrated the ultimate cover up! The GOP-led jury acquitted Trump even before the trial started. Servile Republican Senators reflexively do whatever Trump wants. How sad that the thoughtful party of Ronald Reagan has become Trump’s brain-dead slave ship.

Since Republicans will get kicked in the teeth, no matter what, they might as well wipe the stupid grins from Democrats’ faces.

Senator Graham has argued that the Judiciary Committee will get to the bottom of this and hold the guilty to account.

Just like Judiciary did with those who falsely accused Supreme Court Justice Brett Kavanaugh of sexual harassment and gang rape. How is that probe going?

While it will be nearly impossible for the Whistleblower, the Bidens, and the rest to dodge a globally gripping Senate trial, they surely will lawyer up and hide from  easily overlooked oversight hearings.

Instead, Republicans should follow the advice of Senator John Kennedy (R., La.). As he said of Democrats while on Wednesday’s Hannity:

“If they want a trial, by God, we’re going to have a trial.”

“I think neither a short nor long Senate trial would be ideal. I’d prefer, uncharacteristically for me, a middle path,” Viguerie tells me. “A short trial doesn’t provide the opportunity to educate the voters, and a long trial with lots of witnesses will allow the Democrats a chance to confuse and bore the voters, as well as a chance to find some kind of a crime which they don’t now have.”

“Something in between probably would be best,” Viguerie  explains. “Control the entire process, drive the main points home, e.g. the elite, big government, deep-state establishment is evil and determined to govern at all costs.”

Viguerie adds: “After those points are made, get out of Dodge.”

Finally, this entire fiasco should obliterate the myth of the moderate Democrat. Voters in 31 House districts that President Trump won in 2016 elected supposedly centrist Democrats in 2018. But, when the yeas and nays were called, all but three of them heeded their inner Pelosis and voted to impeach.

New Year’s resolution: Don’t vote for “moderate Democrats,” at least until scientists prove the existence of the equally elusive Sasquatch. 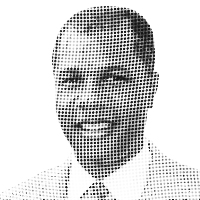 DEROY MURDOCK is a Manhattan-based Fox News contributor and a contributing editor of National Review Online, and a senior fellow with the London Center for Policy Research.