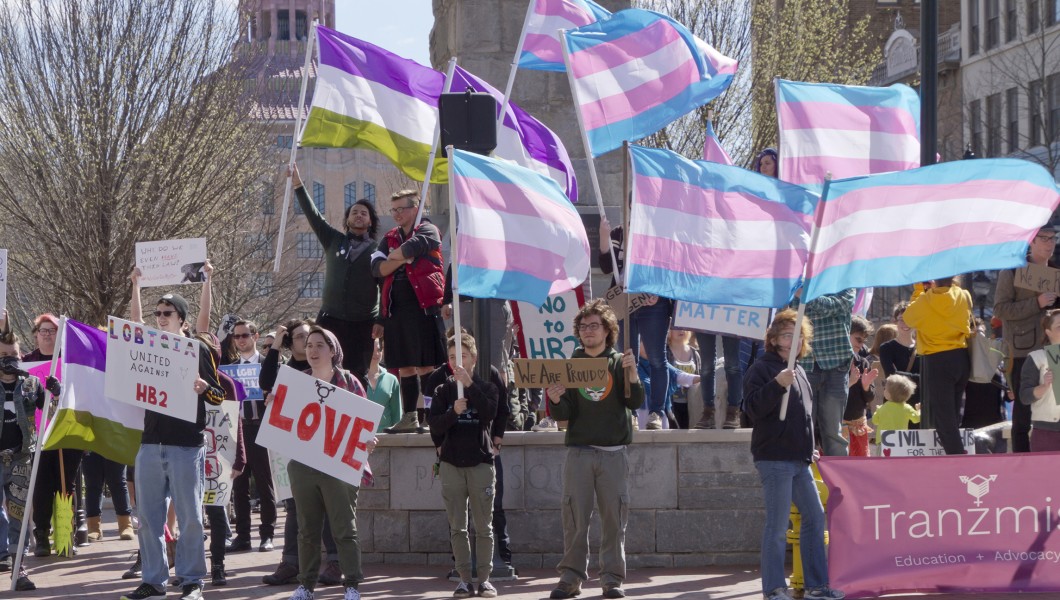 The Left’s long-standing effort to substitute government power for parental authority is picking up ominous strength, as signified by the trend toward state-ordered mutilation of minor children through sex-change surgeries, even over parental objections.

Now the Journal of Medical Ethics is giving credence to this monstrosity by publishing a piece arguing parents should “lose veto power” over most transition-related pediatric care. As John Stonestreet of the faith-based Colson Center summarizes it, the journal article posits that parents “shouldn’t even be allowed into the conversation.”

This isn’t just some theory or story about people using annoying pronouns. This is real — state governments on the West Coast are grievously abusing the rights of parents to protect their children.

California’s insurance commissioner has decreed insurers must pay for mastectomies, even for children, reasoning that for biological females with “gender dysphoria,” female breasts are “abnormal structures of the body caused by congenital defects, developmental abnormalities, trauma, infection, tumors, or disease.” Note this insane, anti-science language treating female breasts as a disease.

Even worse, as reported in June by Abigail Shrier at City Journal, “Laws in California, Oregon, and Washington place troubled minor teens as young as 13 in the driver’s seat when it comes to their own mental health care — including ‘gender affirming’ care — and renders parents powerless to stop them.”

Shrier’s report recounts several real-life horror stories of parents in those states whose children were barely saved from irreversible, life-altering (and likely life-ruining) mutilation only due to extraordinary parental action. Some of these families literally had to flee the state to escape the government’s commissars of transgenderism. And many of these stories leave ample grounds for doubt these children are genuinely suffering from gender identity disorders. Children angry at their parents for imposing normal discipline or limiting their time online can check into “youth shelters,” where therapists apparently motivated by ideology persuade them their unhappiness is related to gender dysphoria. In specific cases, this has led to the beginning of sex-change “treatment” no matter how much parents protest.

Parents are quite aware adolescents rebel. They have mood swings and frequently lack impulse control. Typical teenage behavior is now becoming an excuse for insane adult behavior on the part of these therapists.

Worse, these people insist the government should forcibly intervene to push parents out of the picture and keep them entirely in the dark when these decisions are made.

This assault on the family is a long-running obsession of the Left. Now, it is gaining power in radical state laws, critical race theory, and other falsely named “anti-racist” training. This is what is meant when school districts preaching against “whiteness” teach “it is important to disrupt the Western nuclear family dynamics as the best way to have a family.” It is what has always been meant by the mantra, so notoriously pushed by first lady Hillary Clinton in the 1990s, that “it takes a village to raise a child.”

The real goal was never to ensure there was a broader community available to provide support in need. The goal was to replace the family unit with the broader community so that parents cannot pass along their values. And by the Left’s definition, “community” is not neighbors and friends, but rather the government with all its attendant coercive powers.

It is wrong to let children completely alter their bodies and identities before their judgment is fully mature. It’s even worse to deprive their parents of any say in the matter. No one who would do such a thing should be in a position of authority over children. Reasonable people are appalled by such notions and aghast that state governments would put such heinous practices into law.

It is time to stop this depravity before more children are physically and psychologically abused beyond recognition.