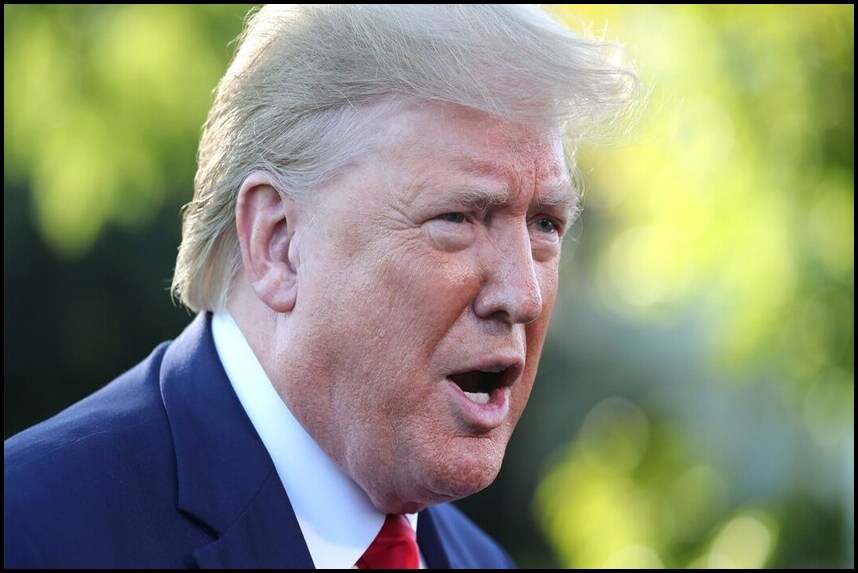 Something is missing from the charges against Trump: An impeachable offense.

Thought experiment No. 1: Suppose Bob Mueller’s probe actually proves that Donald Trump is under Vladimir Putin’s thumb. Fill in the rest of the blanks with your favorite corruption fantasy: The Kremlin has video of the mogul-turned-president debauching himself in a Moscow hotel; the Kremlin has a bulging file of real-estate transfers through which Trump laundered racketeering proceeds for Putin’s favored mobsters and oligarchs; or Trump is recorded cutting a deal to drop Obama-era sanctions against Putin’s regime if Russian spies hack Democratic accounts.

Thought experiment No. 2: Adam Schiff is not a demagogue. (Remember, this is fantasy.) At the very first televised hearing, when he alleged that President Trump told Ukrainian president Zelensky, “I want you to make up dirt on my political opponent . . . lots of it,” Schiff was not defrauding the public. Instead, impeachment’s Inspector Clouseau can actually prove that Trump was asking a foreign government to manufacture out of whole cloth evidence that Vice President Biden and his son were cashing in on the former’s political influence (as opposed to asking that Ukraine look into an arrangement so objectively sleazy that the Obama administration itself agitated over what to do about it).

What do these two scenarios have in common, besides being fictional? Answer: If either of them were real, we’d already be talking about President Pence’s upcoming State of the Union address.

This is the point that gets lost in all the endless chatter over impeachment strategy and procedure. Everything that is happening owes to the fact that we do not have an offense sufficiently grave for invocation of the Constitution’s nuclear option. If we had one, the machinations and the posturing would be unnecessary — even ridiculous.

Why are we talking about how Chairman Schiff, Speaker Pelosi, and House Democrats rushed through the impeachment inquiry without making a real effort to interview key witnesses?

Why was the Democrats’ impeachment gambit driven by the election calendar rather than the nature of the president’s offense? Why were the timing of hearings and the unreasonable limits imposed on Republicans’ ability to call witnesses dictated by the frantic rush to get done before Christmas recess — to the point that Democrats cynically vacated a subpoena they’d served on a relevant administration witness, fearing a few weeks of court battles that they might lose?

Why did Democrats grope from week to week in a struggle over what to call the misconduct they accused the president of committing – campaign finance, extortion, quid pro quo, bribery? How did they end up with an amorphous “abuse of power” case? How did they conclude that an administration that goes to court rather than instantly surrendering potentially privileged information commits obstruction?

Why such tedious recriminations over adoption of Senate procedures that were approved by a 100–0 vote the last time there was an impeachment trial? Why all the kvetching over whether witnesses will be called when those procedures provide for the calling of witnesses in the likely event that 51 senators — after hearing nearly two weeks of presentation and argument from both sides — want to hear from one or two of them?

Why, with Election Day only ten months away, would Speaker Pelosi stoke an impeachment vote that could be perilous for many of her members, on the insistence that Trump was such a clear and present danger she could brook no delay, but then . . . sit on the impeachment articles for a month, accomplishing nothing in the interim except to undermine the presidential bids of several Senate Democrats, who will be trapped in Washington when they should be out campaigning with Iowa’s caucuses just two weeks away?

None of this would have happened if there had been a truly impeachable offense.

Adam Schiff is a smart guy. He did not idly dream up a “make up dirt” parody. He framed it because he knows that’s the kind of misconduct you would need to prove to warrant impeachment and removal of a president. In fact, Schiff could never prove that, but he figured parody is good enough for 2020 campaign purposes — and that’s what this exercise is all about.

If collusion with Russia had been fact rather than farce, Trump would never have made it to an impeachment trial. He’d have had to resign, Prior to November 8, 2016, Republicans were not the ones in need of convincing that Russia was a dangerous geopolitical threat. If it had been real collusion that brought Democrats around to that conclusion, the votes to impeach and remove would have been overwhelming.

And the timing would have been irrelevant. If Americans had been seized by a truly impeachable offense, it would not matter whether Election Day was two years, two months, or two weeks away. The public and the political class would not tolerate an agent of the Kremlin in the Oval Office.

If there were such egregious misconduct that the public was convinced of the need to remove Trump, such that two-thirds of the Senate would ignore partisan ties and do just that, there would be no partisan stunts. Democratic leaders would have worked cooperatively with their GOP counterparts, as was done in prior impeachments. They would have told the president: “Sure, you can have your lawyers here, and call whatever witnesses you want.” There would be a bipartisan sense that the president had done profound wrong. There would be a sense of history, not contest. Congressional leaders would want to be remembered as statesmen, not apparatchiks.

If there were a real impeachable offense, there would be no fretting about witnesses at the trial. Senate leaders would be contemplating that, after hearing the case extensively presented by both sides, there might well be enough votes to convict without witnesses. But if there were an appetite for witnesses, witnesses would be called . . . as they were in Watergate. And just as in Watergate, if the president withheld vital evidence of appalling lawlessness, the public would not be broadly indifferent to administration stonewalling.

If there were an obviously impeachable offense, the garrisons of Fort Knox could not have stopped Nancy Pelosi from personally marching impeachment articles into the Senate the second the House had adopted them — in what would have been an overwhelming bipartisan vote (of the kind that Pelosi, not long ago, said would be imperative for a legitimate impeachment effort).

The Framers expected presidents to abuse their powers from time to time. And not just presidents. Our Constitution’s theory of the human condition, and thus of governance, is that power is apt to corrupt anyone. It needs to be divided, and the peer components need to be incentivized to check each other. The operating assumption is that, otherwise, one component would accumulate too much power and inevitably fall prey to the tyrannical temptation. But as Madison observed, men are not angels. Separation of powers arms us against inevitable abuse, it does not prevent abuse from happening. Abuse is a given: Congress uses lawmaking power to encroach on the other branches’ prerogatives; judges legislate from the bench, presidents leverage their awesome powers for political advantage. The expectation is not that government officials will never overreach; it is that when one branch does overreach, the others will bring it into line.

That is the norm: corrective action or inaction, political pressure, naming and shaming, power of the purse, and so on. We expect to criticize, inveigh, even censure. We don’t leap from abuse to expulsion. We don’t expect routinely to expel members of Congress or impeach presidents and judges. That is reserved for historically extraordinary wrongs.

On Ukraine, nothing of consequence came of President Trump’s bull-in-a-china-shop excesses. Sure, they ought to be a 2020 campaign issue. Democrats, instead, would have us exaggerate them into historically extraordinary wrongs. For that, you need gamesmanship. If there were real impeachable misconduct, there would be no time or place for games.