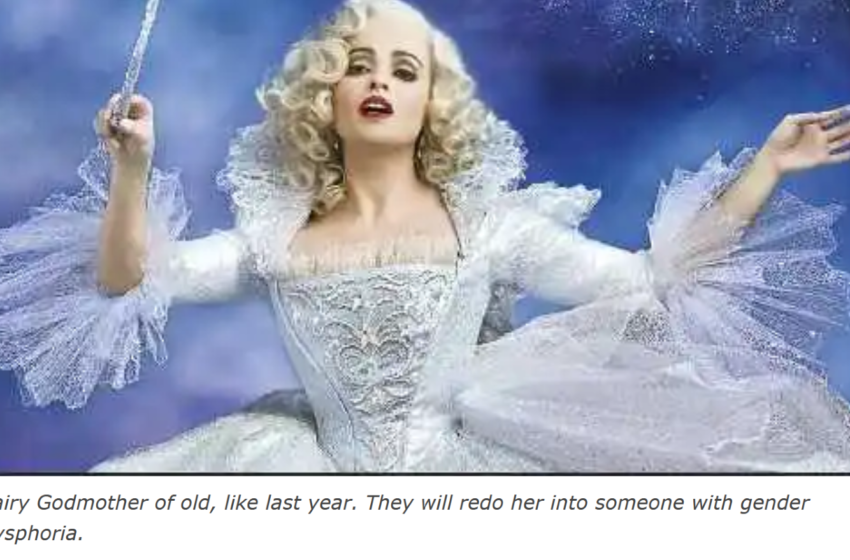 They’re doubling down on bizarre.

The change is an attempt for the theme parks to be more gender-neutral, Walt Disney World (WDW) News Today shared on Tuesday, reports Fox News.

The park website states that this makeover experience caters to young guests ages 3 – 12, helping them transform either princesses or knights. The Disney-themed blog Streaming the Magic described the name change by saying, “This way, cast members that might not identify as female can still be part of the process to dress up & style the children without having to refer to themselves as a female Disney character,” Daily Wire reports.

In other words, fairy godmothers are no longer female, and Disney gets to use drag queens, transvestites, people who think they’re cats, and so on. Normalizing Weird Wokeism in a redo of female.

disney: hey let’s change the name of fairy godmothers in training to be more inclusive of the fact that not just women work in bbb

ppl who have probably never cared about disney before the past 3 years: pic.twitter.com/XYPKGHeKWI