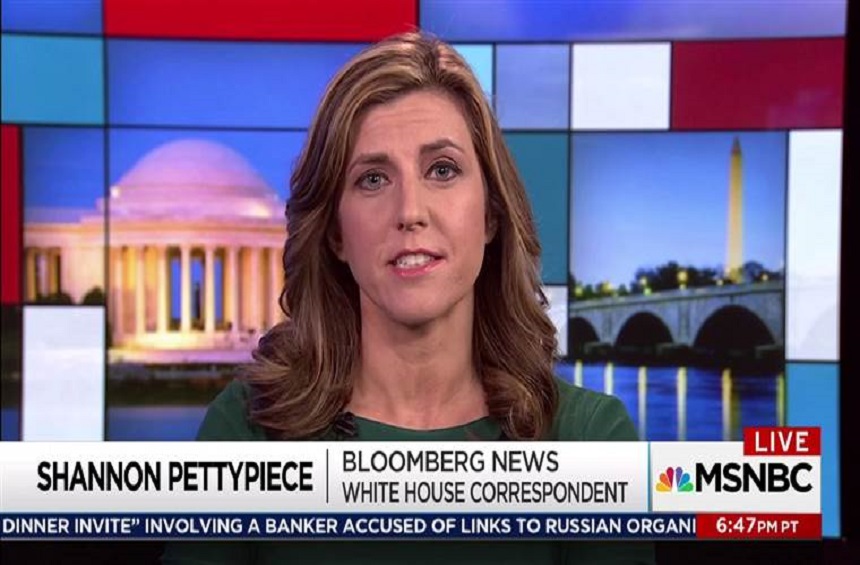 News is considered the first draft of history, so it’s particularly disheartening when journalists dip their pens in the inkwell of personal animus and political bias with deceptive intent to engineer an outcome rather than inform the public with integrity.

Perhaps these “journalists,” who are really activists dressed up as such, should revisit the tenants of The Journalist’s Creed, written by Walter Williams in 1914. A bronze plaque of this writing adorns a wall at The National Press Club in Washington D.C. Of the eight planks comprising The Creed, journalists today are egregiously violating number three: “I believe that clear thinking and clear statement, accuracy, and fairness are fundamental to good journalism.”

This is President Trump describing what he “believed” to be imminent targets based on intelligence reports indicating planning was in late-stage with diplomats and soldiers in the crosshairs of the terrorist Soleimani:

“We will tell you that “probably” it was going to be the embassy in Baghdad,” Trump told Fox News host Laura Ingraham Friday. When pressed on why Americans could not know more about what led to his decision to target a senior Iranian official, Trump added, “I can reveal that I “believe” it would have been four embassies.”

The following is what it looks like when the media takes Trump’s statements and engages in the dissemination of untruths and reality twisting to blame America first and actively use their influence to campaign for the democrat party. An article at NBC.com by Shannon Pettypiece, “Trump’s evolving account of Soleimani’s “imminent threat,” she suggests President trump is lying and “making stuff up” in his comments about embassies being targeted.

Firstly, Trump did not make a statement of fact saying embassies would be attacked, but rather he “believed,” based on the intelligence, that possibly four embassies might have been attacked.  Pettypiece quotes security advisor Robert O’Brien remarking that Soleimani was “looking to kill American diplomats and soldiers in significant numbers in the coming days.”  Apparently, the author invalidated the idea that Trump is making things up by including sources that validate his assignment of probability to an attack on an Embassy. Additionally, the Pentagon similarly stated, “Soleimani was actively developing plans to attack American diplomats and service members in Iraq.”

Following the logic, where does one find diplomats to kill in the middle east? When President Trump said, he “believed” embassies might have been the target, is he wrong to suggest that an embassy full of DIPLOMATS is probable, given the intelligence reports from Robert O’Brien and the Pentagon?

Shannon Pettypiece (currently now Senior White House Correspondent for NBC News Digital), wasn’t finished telling the world things that people didn’t say and took a shot at “making up stuff,” or rather, putting words in the mouth of the chairman of the Joint Chiefs of Staff, Mark Milly. Here is what she wrote:

“Trump’s comments over the past two days appear to contradict those made by the chairman of the Joint Chiefs of Staff, Mark Milley, who Monday said the intelligence had not indicated a specific target and was focused on military personnel rather than on diplomats.

“It was imminent, and it was very, very clear in scale, scope,” Milley said. “Did it exactly say who, what, when, where? No. But he was planning, coordinating, and synchronizing significant combat operations against U.S. military forces in the region, and it was imminent.”

Milley was clear when he said the intelligence did not say “who, what, when, or where” about attacks. Miley did not say diplomats were not potential targets at all. He merely emphasized military forces. Pettypiece chose to focus on something Milly didn’t say (a typical lefty spin) rather than present a broader, more accurate picture by including threat assessments by other defense officials. A senior defense official told reporters Thursday the US had intelligence about multiple plots and threats involving Soleimani, including one that involved a plan to attack the embassy in Iraq using explosives. The official also highlighted U.S. government concerns over threats by Iranian-linked groups to several US embassies in the timeframe leading up to the strike on Soleimani, including the US embassy in Beirut.

I wonder if Ms. Pettypiece, in her rage against President Trump, even cared that she was overtly advocating for the Democrat party while laying out such erroneous conclusions. One must ask, has she or the multitude of other Democrat-party-first journalists, who lean so far to the left their knuckles scrape along with the asphalt, ever laid eyes upon The Journalist’s Creed?  If Walter Williams were able to speak to the arbiters of untruths and distortions we call our Media, I think I know what he might reiterate to them:

“I believe that clear thinking and clear statement, accuracy, and fairness are fundamental to good journalism.”

Stay tuned next week for another examination of the absurd by our illustrious media.

(Editor’s note: the RFSO author was a bit worried about calling out specific malpractice-ing “journalists” by name. The answer is NO. The article stays as is. We need to start calling out these public Media figures by name and expose them for who they are.)