Sometimes we can share with you short bits of news because that is all you need to know about a story.

Sometimes we need to dig a little deeper.

Today, we are sharing two longer articles that go into a lot of detail. We have pulled some of the “money quotes” but, we urge you to spend some time reading them in full.

1- Hopefully, by now, you are aware of former NYTimes reporter Alex Berenson and the deep diving he has been doing for almost two years on all the issues related to Covid-CCP. He has received, as you can imagine, a lot of push back from the left. And yet he continues to share his research.

In this piece from his Substack page, Alex examines many serious questions surrounding the vaccine and the trials the billion dollar drug companies did prior to forcing them on all humans.

He looks into the data from heavily vaccinated countries, Israel, Scotland and England and finds disturbing but unreported news on the efficacy of the vaccines.

As Alex writes: “As public health authorities and the media press vaccinations ever harder on young people – who are at almost no risk from Covid anyway – their unwillingness to face difficult realities will only feed conspiracy theories and resistance”

Neither the companies nor anyone else had any way of knowing how well the vaccines would work in a year, much less in five years – or 20 years. They simply did not have any long-term data. How could they? The vaccines hadn’t even existed until months before, and they used technology that had never been approved for any drug or vaccine.

But the political and media pressure to encourage vaccinations was enormous. Public health experts ignored these potential pitfalls. Instead they decided to press vaccinations as quickly as possible on everyone.

QUOTE: I hope it is clear by now that to know for sure just how quickly the vaccines lose their effectiveness will require very careful AND HONEST statistical analysis of complex data.

Instead of offering that, however, American public health authorities are doubling down on their promise of vaccine effectiveness. They trumpet unverified statistics that appear increasingly implausible in the light of the more granular data coming from Israel and especially Britain (which has excellent data from a national health care system and a commitment to publishing weekly reports that cannot be easily manipulated).

2- We are big fans of the writings and thinking of professor and military historian, Victor Davis Hanson.

This piece is a litany of events that have been foisted upon us in the last four years. It is a long list. It is no wonder we sometimes get discouraged. This historian makes a bold prediction. It is not a good one for the left.

Reading the quotes alone does not do the writing justice.

QUOTE: The ties that bound all these melodramas over the last four years were threefold: 1) venomous hatred of outlier, controversial, and combative Trump; 2) the sanctimonious, near-religious belief that any means necessary were justified in the noble aim of destroying his presidency—and damn any lasting damage to traditional customs and constitutional norms; and 3) no counterforce would ever dream of doing to the Left what it was doing to destroy Trump.

QUOTE: The Left is well on its way to incurring a pushback in 2022 comparable to 2010, with the potential to make the Tea Party boomerang seem like small stuff. And the difference this time around is that there are no customs, no traditions left in treatment accorded a political opponent in office. No one any longer knows what is fair play and what is out of bounds, but only what the Democrats have left us as the new normal: if you deem a candidate, a president-elect, and a president a radical threat to your agenda, then any means necessary to destroy or to remove him and his enablers are not merely legal but absolutely moral and necessary—and damned be the damage to the nation.

What has been sown into the Trump wind, will likely be reaped in the Biden whirlwind.

1- This is happening because YOU are engaged and informed and YOU are fighting back!!

QUOTE: File this report under “good news if true.” According to NBC News, opposition to attempts to impose left-wing race-oriented propaganda in America’s schools is taking a toll on those who are trying to impose it.

NBC leads its story with the case of Rydell Harrison, the superintendent of the Easton-Redding-Region 9 School Districts in Connecticut. He resigned after coming under fire from parents opposed to CRT.

2- Rare push back from the right.

QUOTE: The conservative consumer group, which launched its Consumers First Initiative in May targeting American Airlines, Nike, and Coca-Cola, now has its sights set on Major League Baseball and Ticketmaster. Its campaign against the two companies features a seven-figure ad buy that will run nationally and in the local markets where both businesses are headquartered.

The first ad attacks MLB Commissioner Robert Manfred over the league’s decision to move its All-Star Game out of Atlanta in protest of Republican-backed voting legislation. The ad, titled “Losing Record,” accuses Manfred of “parroting dishonest, partisan talking points” about the Georgia law.

3-  Know the facts before you vax.

QUOTE: The U.S. Food and Drug Administration will announce a new warning on Johnson & Johnson’s COVID vaccine saying the shot is linked to Guillain–Barré syndrome. In April, the agency added a warning about blood clotting disorders to the J&J shot.

According to The New York Times, the chances of developing GBS after receiving the J&J shot is three to five times higher than would be expected in the general population in the U.S.

4- Many people had Covid-CCP long before anyone knew what it was.

COVID Began Far Earlier Than We Were Told

QUOTE: Europe, French researchers said they found traces of covid-19 in Nov 2019…scientists from National Cancer Institute of Milan and University of Siena found 10% of blood samples from a cancer screening trial contained COVID antibodies… samples included some from Sept 2019.

According to the study, 11.6% of individuals in a lung cancer clinical trial, months before the known COVID outbreak, had already been exposed to the virus. As antibodies take several weeks post infection to develop, it’s likely that some individuals had active infections in August 2019, or perhaps much earlier as antibody detection offers a minimum, not maximum, time window post-infection.

Similar findings were described in the U.S. Antibody tests run on American Red Cross blood donations from December 2019 to January 2020 showed just over 1% of blood donations contained COVID-19 antibodies, suggesting that the virus was active in the U.S. in the fall of 2019, perhaps  earlier.

5- We do not usually talk about global warming but it is interesting that when it comes to polluting the earth, the biggest offender is …China.

QUOTE: Just over half of the world’s urban greenhouse gas emissions come from just 25 mega-cities — 23 of which are located in China — a study has reported.

The cities that emit the most greenhouse gases included Handan, Suzhou, Dalian, Beijing and Tianjin in China — but also Tokyo, Japan, and Moscow, Russia.

6- Socialism never works. Ask a Cuban. They are in the street waving the American Flag. It must be confusing to the American elite left to know who to support. But, it won’t be the people yearning for freedom. Pray for the people of Cuba.

Cuba: The Collapse Of Another Socialist Utopia? Let’s Hope So

QUOTE:  Like an unwatched pot suddenly violently boiling over, Havana and other cities have erupted in defiant protests by Cubans fed up with living in their perpetually depressed tropical police state. True to form, the Castroite regime has already reflexively cracked down on the protests with brutality.

Cubans weary of being treated like animals without rights took to the streets, shouting “Freedom!” “Down with the dictatorship,” and, most pointedly, “Down with communism!” In some cases, protesters carried American flags. This was not an isolated demonstration: According to the Spanish-language data site Inventario, some 63 cities and towns were roiled by demonstrations on Sunday through early Monday.

7-  The Biden Regime is gearing up to spy on your text messages.

No One Undermined Coronavirus Vaccine Confidence More than Biden and Harris

QUOTE:  Although no one has done more to undermine confidence in the coronavirus vaccine than His Fraudulency Joe Biden and Her Vice Fraudulency Kamala Harris, the flailing White House is now blaming the political right’s “fake news” and “false information” for the slowdown in vaccination rates.

To combat that, the administration is turning to fascism, coercion, and spying.

• Get the FDA to rush official approval of the vaccine.

• Send government-approved emissaries door-to-door to have a little talk           with the unvaccinated.

• Push for schools and businesses to mandate vaccinations.

• Fact check our text messages (which is spying).

Look for the announcement of the winner of the Kraken logo contest and GOOD NEWS FRIDAY.

Of course, we will break in with urgent news.

Read. Learn. Study. Share. Pray. But not necessarily in that order! 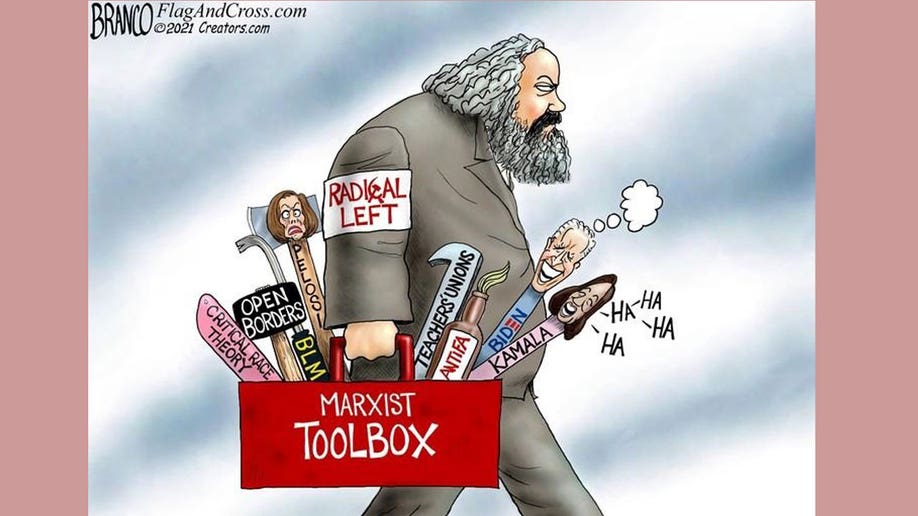