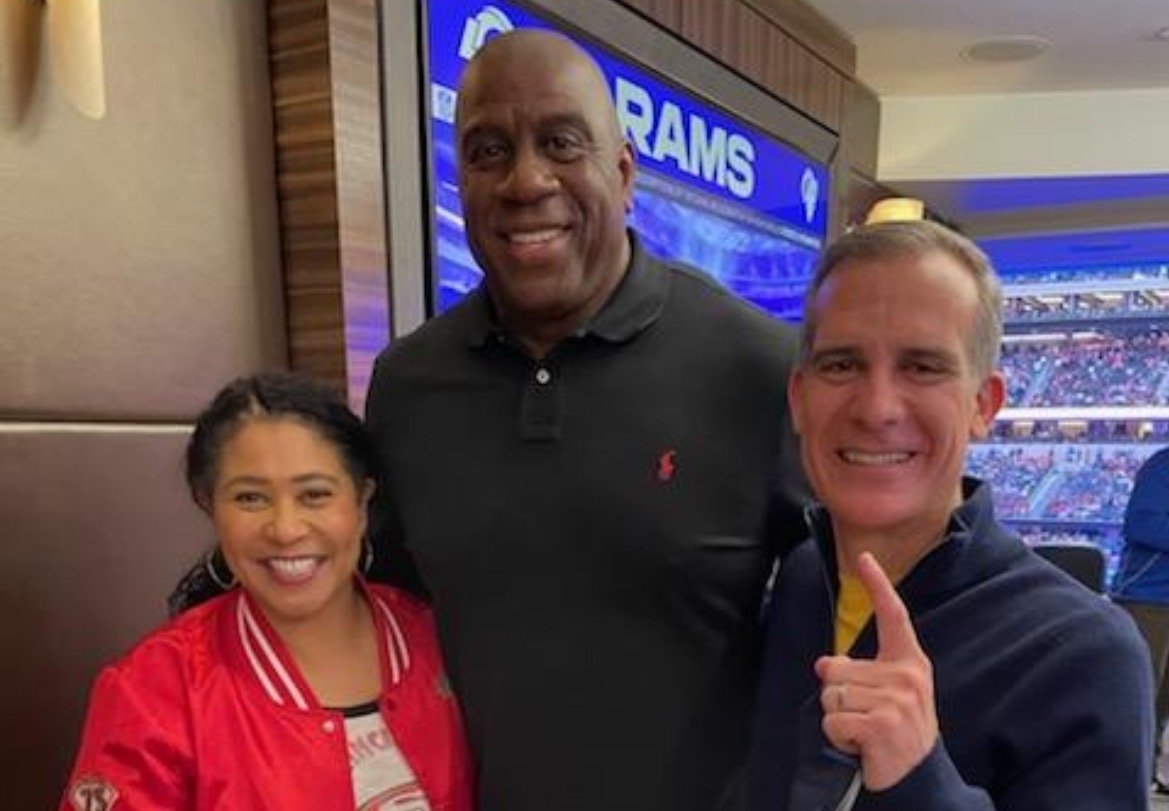 It looks like Bill Clinton isn’t the only one to use the “I didn’t inhale” defense.

Los Angeles Mayor Eric Garcetti was spotted maskless at a suite at the 49ers-Rams game at SoFi stadium in Los Angeles on Sunday.

LA County has a mask mandate for outdoor “mega events” and SoFi Stadium requires masks to be worn at all times (unless actively eating or drinking).

Newsom got caught in a huge lie when confronted about his maskless photos – he claimed he only took his mask off for a “brief moment” to take a photo – however, video footage released later Monday proved Newsom was lying.

Mayor Garcetti however, was a little more creative than Newsom.

Garcetti told a crowd in Inglewood on Tuesday that he ‘held his breath’ while he took maskless photos with people at SoFi stadium.

Eric Garcetti hopes you’re dumb enough to believe that he held his breath every single time he took his mask off at the Rams game. pic.twitter.com/r4FQeE24FY

During the height of the Covid pandemic, Garcetti shut off water and power to people’s homes if they violated his mandates.

Garcetti also banned people from gathering on dry sand at the beaches.

Beach goers were only be allowed to exercise in the wet sand.

Covid rules are only for the peasants.