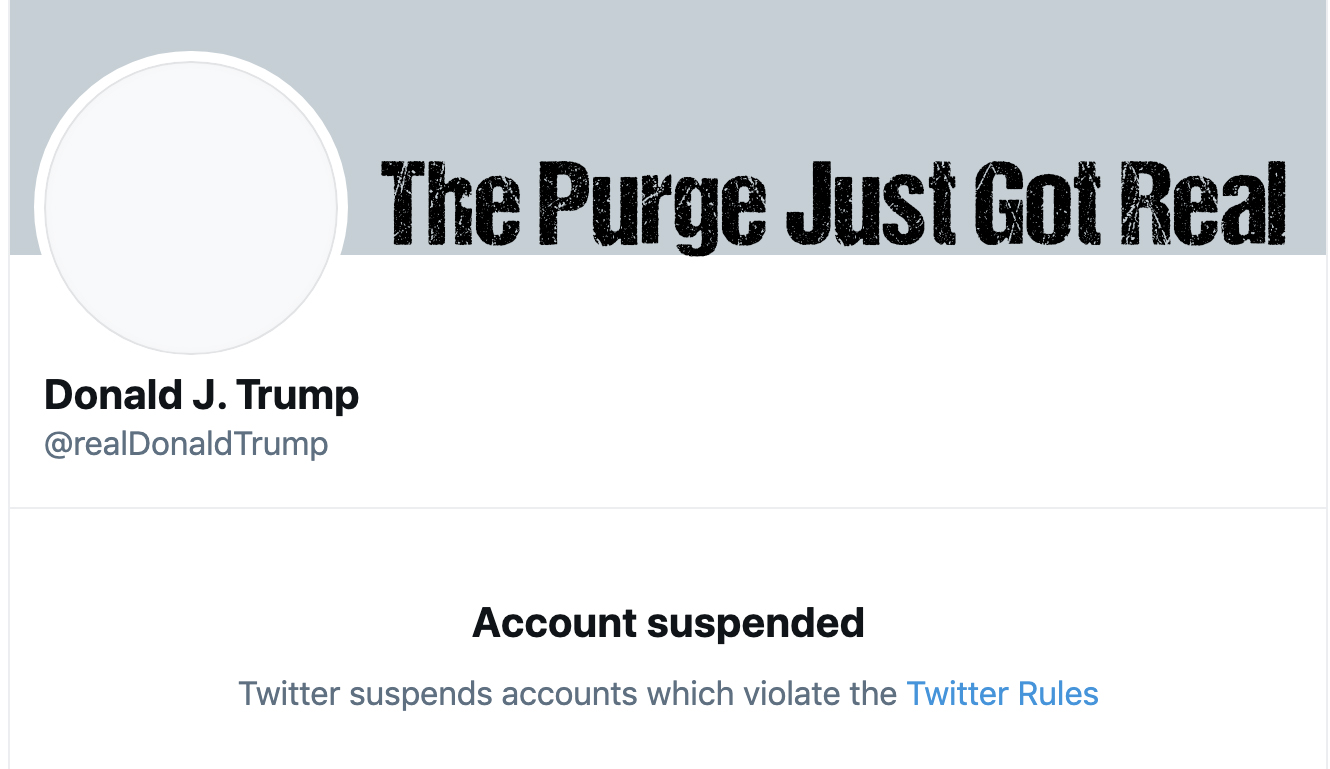 A censorship storm just surged across America, taking down conservatives faster than they could share their contact information, and the biggest censorship of all, was removing a sitting President. From Twitter to Facebook, Shopify, Instagram, and everything in between, they just erased the President of the United States of America.

Millions of conservatives are being removed from all platforms and quickly jumping ship to Parler and Gab. Of course, Apple threatened to remove Parler from their phone app, and Google has done the same. Now there is talk of their internet server providers gunning for them, and Amy Peikoff, responsible for policy on Parler, just stated on the Tucker Carlson show, if their internet hosting provider takes down the servers, it’s the end of the platform. How do they not have a failover in place? Time will tell if Parler survives.

Meanwhile, Gab is having its own issues with stalling out due to so many people jumping on board.

This is the reality we live in right now. Conservatives all saw this coming and have been warning about free speech issues, and power and control structures that want to take over our very existence. People better wake up soon, because we are in the thick of it now.

More on this developing story, soon.

Right Side Broadcasting Network published a statement from the President tonight. This is his message:

At the time of this writing,Read More