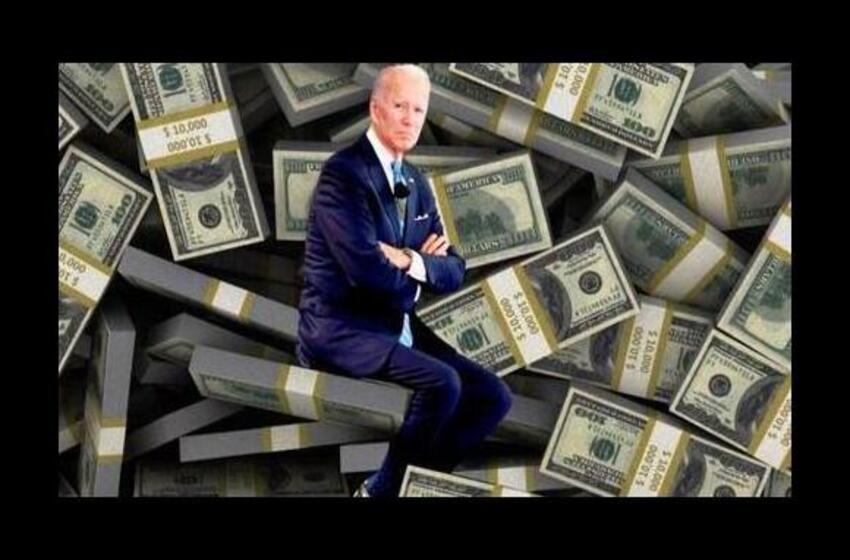 Authored by Eric Zuesse via The Strategic Culture Foundation,

Some of the top owners of America’s President-Elect Joe Biden are entirely secret because a corrupt U.S. Supreme Court, in the infamous 2010 Citizens United case, encouraged not only corruption but corruption that’s entirely secret or “dark money.”

However, most of the individuals who purchased Biden to become the U.S. President did so under the previously existing laws, which require public reporting of their donations.

Here, then, are the top ten publicly known donors to the Biden campaign, but these are all via some sort of Political Action Committee or PAC, and therefore most are in conjunction with other billionaires and centi-millionaires, instead of entirely solo donations:

totals include subsidiaries and affiliates.

The 11th-largest (which will now be shown) happens to be not Democratic billionaires but Republican billionaires. However, Michael Bloomberg, the former Republican Mayor of NYC, was Biden’s largest donor, and therefore could also be considered to be a Republican donor to Biden’s campaign.

In other words: the distinction between Republican billionaires and Democratic billionaires is no longer quite clear. Although the manicured PR for each of the two major Parties accentuates the ideological differences between the two, those differences have greatly decreased, except that on the U.S. Supreme Court the Republican ‘Justices’ are far-right (extremist conservatives) whereas the Democratic ‘Justices’ are centrist (liberals). None are, at all, progressives. Progressives don’t exist on that Court. The numbers and natures of that Court’s unanimous decisions make clear that no leftist jurist (progressive or otherwise) sits there. Whereas some billionaires are centrist and others are far-right, none are any sort of leftist. Nor does any leftist candidate for national political office receive any donation from any billionaire but only from poor and middle-class donors. Both of America’s Parties represent mainly the interests of billionaires, and this has been documented in the only scientific studies that have been done of the subject. America is an aristocracy not a democracy.

In addition to those and other donations that were made either entirely or mainly by particular billionaires, Biden’s campaign utilized “bundlers,” or well-connected wealthy individuals who invited other well-connected wealthy individuals to their private fund-raising parties for Biden’s campaign; and the list that the Biden campaign assembled of all its bundlers who raised at least $100,000 for the campaign will be presented here.

However, first will be noted the hostile reader-comments reactions when the early version of this list – which then was of bundlers who had raised at least $25,000 for the campaign – was made public at the Democratic Party website which is written and run by Taegan Goddard, “Political Wire,” which headlined on 27 December 2019, prior even to the earliest of all the state primaries and caucuses, “Biden Discloses His Bundlers”, and the 36 reader-comments there were overwhelmingly hostile, such as “Gee Taegan, could you make it seem any more suspicious and improper?”

Those readers were angry that a Democratic Party news-site would publish an indication that their Party utilizes the same corrupt practices that the Republican billionaires’ Party does. They weren’t grateful for the non-partisan information they had just received, but wanted it not to have been made public. No other news-site did publish it — only Goddard’s site did.

And, when, at the end of all of the campaigns the Biden organization issued its legally obligatory final financial reports, on 1 November 2020, neither Goddard nor any other news-site published it: “Once burned, twice shy,” and Goddard didn’t want to get “burned” again.

On 27 November 2007, C-Span showed a Joe Biden Town Hall. A brief clip from that was posted online as “User Clip: Joe Biden 2007, Money in Politics”, and here’s my transcription from what I consider to be the most revealing (about Biden’s values) part of it:

(0:40-) “People who accept money [from lobbyists] aren’t bad people. But it’s human nature. You go out and bundle $250,000 for me, all legal, and then you call me after I am elected, and say “I would like to come and talk about something.” You didn’t buy me, but it’s human nature, you helped me. I’m going to say, “Sure, come on in.” … What it does mean, it means that the front of the line is always filled by people whose pockets are filled, people who are special interests. Most of you are no part of any special interest.”

He went on there to promise that if elected President he will change that, by campaigning constantly (AFTER winning the Presidency — not BEFORE) against the corrupt system which had made him President. He thinks that his audience will believe in the tooth-fairy, if only he tells them that the tooth-fairy exists and that he’s it. The deceptive irrelevant line from all of the corrupt candidates is the same: “I’m the most electable one!” But corrupt people constantly lie, and nobody is actually certain whom the “most electable” one is; but that’s really not even the question here. What the Democratic primaries are actually about isn’t about beating Trump. He’s not even a candidate in the Democratic primaries. They’re not about ‘beating Donald Trump’, but instead about whom the person will be that’s going to be running against Trump in the general election. The primaries won’t be selecting the next President. They will only narrow the field of contenders, to two. Which two? That’s the question here.

Biden was talking there regarding not the billionaires but the merely wealthy and well-connected individuals who had raised in the hundreds of thousands of dollars for him — each one of them.

The billionaires aren’t in “the front of the line,” nor even in any “line”; they are instead maybe visitors for private meetings with the President, or else on the phone with him, or else (if the matter is illegal) maybe sending one’s private agent to meet privately with that billionaire’s private agent. This is how the business of the U.S. Government — the business of America’s ‘democracy’ — is getting done, nowadays. My own guess is that the two biggest owners of Joe Biden now are Michael Bloomberg (representing mainly the financial industries or “Wall Street”) and Bernard Schwartz (representing mainly the military industries or “MIC”).

As for any mere voter, that person gets his or her ‘news’ from corporations that are owned by and/or serve the billionaires (such as Bloomberg or Schwartz or Bezos or Musk or etc.), and gets his or her views from that ‘news’, so is less than being a pawn on the American chessboard, where that aristocracy are  the ‘king’. The country is jointly controlled by the Republican billionaires and the Democratic billionaires.

A reasonable expectation would be that Biden will serve the billionaires, though his rhetoric will be phrased to be acceptable to the voters. So, that will be no basic change. America will remain an aristocracy, no democracy.