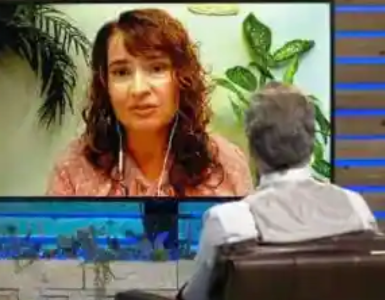 Olivia participated in a clinical trial for Moderna. She was recently interviewed on The Highwire. In August 2020, she participated in Moderna’s Phase 3 human trials and wanted to be vaccinated for all “the right reasons.”

Her arm swelled up after the first shot. Doctors said it was a bicep injury even though the burning started within five minutes of the shot. So she went for the second shot.

Four days following the second vaccine, she experienced multiple adverse reactions, including speech and memory problems, brain fog, and mobility issues. They sent her on her way.

She consulted her primary care doctor, who ordered an MRI. The MRI revealed a high-grade tear of the supraspinatus (rotator cuff muscle) and swollen lymph nodes. The orthopedic surgeon determined the damage to her shoulder was caused by inflammation from the vaccine.

She ended up developing T-cell lymphoma, a type of immune cell cancer. Sadly it moved (very quickly) to the blood, causing leukemia and forcing her into chemotherapy.

Despite reporting this to the trial director’s doctor, Moderna did not pay for any of her medical care – despite having doctors linking her illnesses to the vaccine.

Sen. Ron Johnson has asked Pfizer and Moderna what steps they are taking to help people who suffer from adverse effects.

She said they never checked her vitals during the trial which was too short. The headache trial she was in took 3 years, this one was two years despite it involving potential gene altering possibilities never used on humans before.

Watch the entire segement at Highwire.

Olivia taped her last interview with the train doctor who will not impress you:

Olivia Teseniar was part of Moderna’s trial. After 2 yrs of serious adverse reactions she now has T-cell lymphoma & leukaemia. Her issues were omitted from Moderna’s submission to the FDA. She recorded her last meeting with the Principal Investigator of the trial.@HighWireTalk pic.twitter.com/DKoZMe8pXw

Moderna Has A Shot to Cure the Heart Problem Their First Shot CausedOctober 12, 2022In “Home of News, Politics & Opinion”