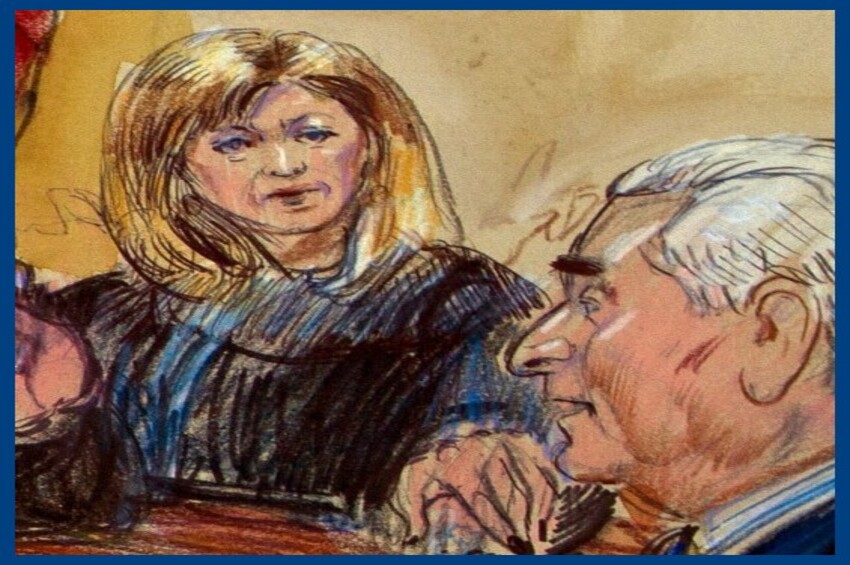 Any Jackson, 65, a Harvard Law School graduate and 2011 Obama appointee, handed down a 40-month sentence.

The judge who handed down Roger Stone’s sentence and presided over numerous other spinoff cases from special counsel Robert Mueller’s investigation delivered an impassioned speech on Thursday condemning the GOP operative’s actions.

“The defendant lied about a matter of great national and international importance. … He lied to Congress. … And there was nothing unfair, phony, or disgraceful about the investigation or the prosecution,” D.C. District Court Judge Amy Berman Jackson said.

Stone, 67, a self-described “dirty trickster” and longtime confidant to President Trump, was found guilty in November on one count of obstruction, one count of witness intimidation, and five separate counts of lying to and concealing records from the House Intelligence Committee in 2017 during its investigation into Russian interference about his alleged outreach to WikiLeaks.

Jackson referenced last year’s closing arguments in which Stone defense lawyer Bruce Rogow claimed that “so much of this case deals with that question: So what?” Michael Marando, one of the Department of Justice prosecutors who left the case last week, responded that “truth matters.”

“The truth still exists. The truth still matters,” Jackson said Thursday. “Roger Stone’s insistence that it doesn’t, his belligerence, his pride in his own lies, are a threat to our most fundamental institutions, to the very foundation of our democracy.”

Jackson added that Congress, the DOJ, the D.C. U.S. Attorney’s Office, the jurors, and the public cared — “and I care.”

The judge pointed to Mueller’s investigation and bipartisan inquiries by the House and Senate, which “all have concluded,” in tandem with the U.S. Intelligence Community, that Russian interference in 2016 “is beyond debate.” Jackson said the House was fully justified in investigating Russian efforts and any connection to WikiLeaks.

Mueller concluded that Russia interfered in 2016 but didn’t establish any collusion between the Kremlin and any U.S. citizens.

Prior to becoming a judge, Jackson spent a decade in private practice at Trout Cacheris & Solomon, a high-powered D.C. law firm, where she notably was on the defense team for William Jefferson, the former Louisiana congressman. Jefferson, nicknamed “Dollar Bill,” was found by the FBI with $90,000 stashed in his freezer and found guilty of leveraging his public office to solicit hundreds of thousands of dollars in bribes in West Africa.

On the bench, Jackson sentenced former Democratic Rep. Jesse Jackson Jr. to 30 months in prison in 2013 for misusing $750,000 in campaign funds. In 2017, she dismissed a lawsuit brought against former Secretary of State Hillary Clinton by the parents of two men killed in the Benghazi terrorist attacks.

When sentencing Gates in December, Jackson argued, “There was ample basis for this Justice Department of this administration to authorize and pursue” its Trump-Russia investigations. Attorney General William Barr and U.S. Attorney John Durham are scrutinizing the origins of that inquiry.

“That’s totally untrue. Nobody connected to the president has ever been charged with a crime related to spying for Russia or colluding with Russia, much less convicted of one. Stone wasn’t prosecuted for covering up anything,” Carlson said. The host, who has Trump’s ear, added that “if there’s anyone in Washington who deserves to be impeached, it’s Amy Berman Jackson” and called her “a Democratic activist wearing robes.”

During her speech, Jackson said, “The notion that this case rises and falls with whether Russia interference has been proven … is also false.” The judge noted Stone “was not even charged with lying about Russian collusion or who was behind the hack.”

Instead, she said the case was about Stone’s deception and obstruction of the House and his witness intimidation. Jackson said Stone’s claim about not having records of communications about WikiLeaks “was a flat-out lie.” And she added that Stone was asked to provide answers “not to some secret anti-Trump cabal, but to who? Congress.” She pointed out that the GOP controlled the House at the time.

The DOJ’s D.C. office told the court last week it recommended Stone receive up to nine years behind bars, but Trump tweeted that he “cannot allow this miscarriage of justice!” The DOJ reversed itself, and the four line prosecutors on the case withdrew as the department walked back the “unduly high” sentence recommendation.

“The original sentencing memorandum from the original trial team was done in good faith,” Assistant U.S. Attorney John Crabb said Thursday, adding, “The prosecution was, and is, righteous.”

Trump tweeted last week that the Stone case “was totally out of control.” He also criticized Jackson, tweeting, “Is this the Judge that put Paul Manafort in SOLITARY CONFINEMENT, something that not even mobster Al Capone had to endure? How did she treat Crooked Hillary Clinton? Just asking!”

The judge addressed this on Thursday.

“The dismay and the disgust with any attempts to interfere with the efforts of prosecutors and members of the judiciary to fulfill their duty should transcend party,” Jackson said.