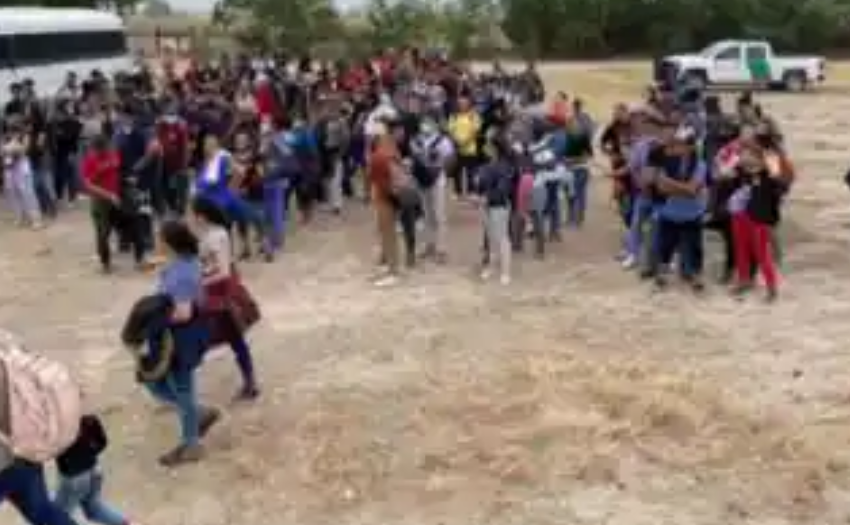 M Dowling – September 10, 2022
The AP reported that millions of unvetted people come from over 100 countries. Mexicans are down to zero. They are sneaking across, which tells us that they are mostly criminals. That’s the ugly reality.

The border is a disaster with a non-stop invasion brought to you by Democrats. People are dying, and Biden doesn’t care at all. He DOES NOT care. He’s like a Roman tyrant. Caligula and Nero come to mind.

MUST WATCH: This is the reality of Joe Biden’s border crisis that they don’t want you to see. pic.twitter.com/MYkfU9Xxrx

Good morning from Eagle Pass, TX, where we had another large single group of migrants cross illegally at sunrise this morning.
Border Patrol considers a large group 100+ in size.
The Del Rio sector, which includes Eagle Pass, has had 345+ of these groups since October. @FoxNews pic.twitter.com/zq5dEnzWhO

The racist Democrats are really angry that they finally have to share a small bit of the burden. It’s only hundreds while thousands cross into border states every day. Innocent people lured by Democrats are dying every day at the border or on their way to the border. Joe did that. These lunatics are ruining the Democrat Party and for normal Democrats to not speak up is nothing but destructive to them.

Laughing silently remembering the great debate in 2019 over whether the situation at the border was an Emergency, with Democrats howling, screaming, suing that it WAS NOT

Rep. Chip Roy, R-Texas, told Fox News Digital that Republicans must prioritize border security if they win back the House. He called for Biden administration officials to be held accountable for the ongoing crisis.

Roy said Republicans’ legislative priorities should be finishing the construction of ​the Trump-era border wall and requiring “that we’re actually turning people away at the border unless they present papers, or they are being detained for the entirety” of their asylum claim process. Roy said it would be “a complete and total failure” if the party does not pursue such an agenda.

The Texas Republican also warned his GOP colleagues against getting “caught up” in the politics of immigration and said he supports the ongoing bussing of migrants to ​New York City and D.C. and Chicago.

“We deal with 8,000 across the Southwest border almost every day, 4,000 or more of those in Texas​,” Roy said. “Now they get a taste of what we have to deal with every day here in Texas.”

Biden also sent in unvetted Afghans. Afghanistan is filled with terrorists and lunatics, but, as we said, Biden doesn’t care. Even if terrorists don’t blow us up, they’ll negatively impact our society and politics. Democrats will radicalize them into their party.

The DHS IG has revealed that Biden has been resettling Afghan nationals “who were not fully vetted” across our nation.

So if we can’t get terror straight from our Southern Border we’ll just fly it here instead?

This is the reality not being reported.

Looks Like Biden Lost CNN, Doesn’t Get Lower Than ThatDecember 24, 2021In “Home of News, Politics & Opinion”