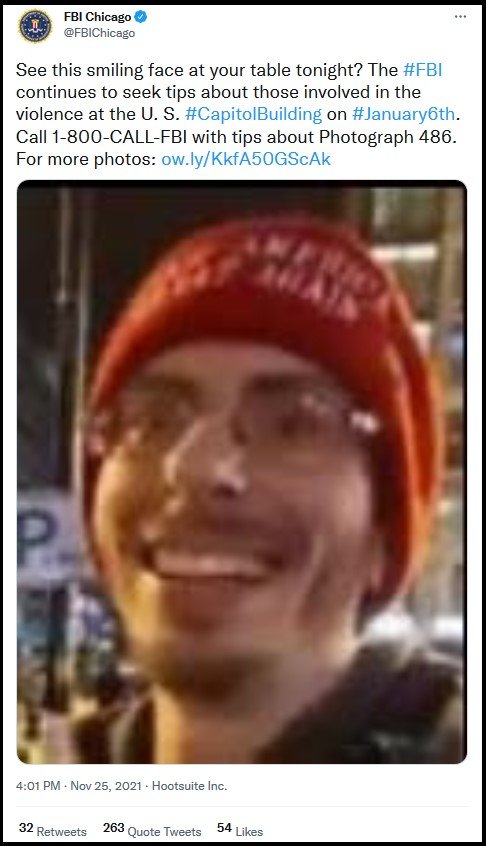 “When someone shows you who they are, believe them.”
–Maya Angelou

The Stasi FBI posted a tweet threatening a January 6 protester for its Thanksgiving message.

The FBI attempts to make it cute by writing about this “smiling face at your table” tonight.

These are not good people.

** One female, Ashli Babbitt, a veteran, was murdered in cold blood by a Capitol Police Officer

** One female, Rosanne Boyland, was trampled and beaten by police until she died

No fires were started, no artwork was damaged, no statues were damaged or tagged with graffiti.

Hundreds of protesters were given permission to enter the building.

Via The American Gulag.

** 631 Trump supporters have been arrested.

** 0 have been charged with insurrection.

** The FBI has raided hundreds of homes and traumatized thousands of Americans across the country.

Democrats call this the worst attack since Pearl Harbor.

Meanwhile, convicted felons are mowing over innocent children and seniors at Christmas parades.