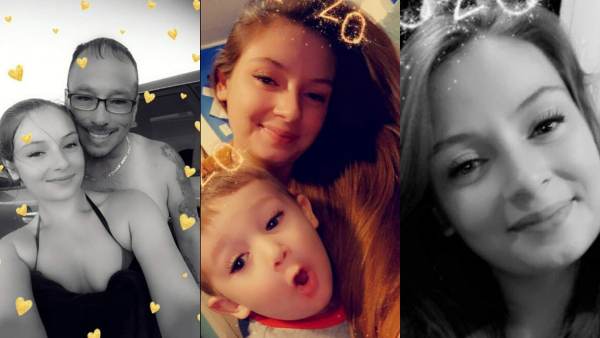 The moderators on Reddit’s “Unpopular Opinions” board have removed the viral Gateway Pundit article about the murder of Jessica Doty Whitaker, who her fiance says was shot in the head for saying “All Lives Matter.”

After the article gained over 15,000 upvotes, putting it in the running for the front page of Reddit, a moderator removed the well-sourced story for violating the rule against “trolling or satire.” There was nothing funny about what happened to her, nor did the post imply there was.

Over $45,000 has been raised on GoFundMe for her funeral and three year old son since the article was published on Saturday evening.

Doty Whitaker was walking by the canal in Indianapolis after a Fourth of July celebration with her fiance and two friends when they were approached by a group of people saying that “Black Lives Matter.”

Her family and fiance have said that when Whitaker responded that “All Lives Matter” the mob grew very aggressive and pulled a gun on them. Her fiance, Jose Ramirez, pulled one out defensively and the situation seemed to cool down. Unfortunately, he says that the group went and hid and waited for them to walk by them again. When they did, they ambushed the couple and shot Whitaker multiple times.

The Gateway Pundit spoke to the young mother’s sister and father for the original story and has maintained contact with them throughout the day.

“It’s heartwrenching to watch my mother explain to my three year old nephew that mommy is an angel in heaven,” Whitaker’s sister Jennifer told TGP, adding that he asks “when we can go get her and bring her back.”

The national media completely ignored the story. Local media downplayed the shooting as “the second in the canal in a week,” lumping her story in with a black teenager who was shot while attempting an armed robbery. They reported it as “according to the victim’s family, the shooting started with an argument over Black Lives Matter and language.” They never mentioned what that language was, the simple phrase that got her killed