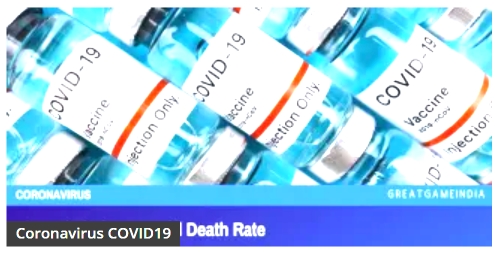 new paper documents that the pre-vaccination case fatality rate was extremely low in the non-elderly population.

From the data above, Median infection fatality rate (IFR) during the PRE-VACCINATION ERA was:

These IFR estimates in the non-elderly population are much lower than previous calculations and models had suggested.

Does anyone remember back to early 2020? The dire predictions of a global disaster – of a case fatality rate and of an infectivity rate (R0) that were unheard of in modern times for a respiratory disease? The predictions were that the “novel coronavirus,” as it was called then, was going to be the next Spanish flu. That the only solution was for entire nations to lockdown. This was the modeling that caused governments worldwide to panic. This was the modeling that caused the legacy media to melt down.

One scientist who clearly led this effort and led the world astray with his dire forecasting, was Neil Ferguson, PhD of Imperial College.

The estimate of 3.1 million lives saved by Dr. Ferguson was derived from a Thoroughly “ludicrous unscientific exercise, whereby they purported to validate their model by using their own hypothetical projections as a counterfactual of what would happen without lockdowns.” Other models and real world data have discredited Ferguson’s models, but the damage was done. Lockdowns, quarantines, masking, poorly-tested EUA products – such as experimental vaccines have taken their toll on all of us. In the end, what, if any of them were necessary?

Again and again, year and year, decade after decade, the NHS and world governments, including our own, have turned to Dr. Ferguson for infectious disease modeling. Ferguson gives them what they want. A reason for the bureaucrats, the administrative state to once more step up and be important. One of his doom and gloom models can increase federal disaster preparedness budgets to astronomical proportions. That is raw power for the lowly public health official. What is not to like?

Except for a singular factoid:

The lockdowns were a complete and utter failure.

But this is not Ferguson’s first failed infectious disease modeling stumble upon the world stage. These are two examples of his earlier predictions:

So, why did Boris Johnson and our government turn to his models for guidance early on in the COVIDcrisis? Why did they accept Ferguson’s assertions that lockdowns would work, without any evidence or public policy guidance indicating that such draconian measures would have any impact whatsoever?

Were they just that naive?

Here is where it gets even crazier. There are those who passionately argue that the modeling that Ferguson did back in early 2020 is proof that 1) the “non-pharmaceutical interventions (lockdowns and masks) worked because (circular logic here) his modeling predictions didn’t come true and 2) that the vaccines worked beyond all measure because again, his modeling predictions didn’t come true.

Yet, here we are. An important new paper (discussed above) documenting that the pre-vaccination case fatality rate was extremely low in the non-elderly population. That means more evidence the Ferguson’s models were wrong (again) and what do we hear from the state-sponsored media?

A colleague of mine who is in the U.S. Senate reported back to me recently that Republican senators were high-fiving each other about the success of Warp-speed based on Fergusons modeling data in a recently paper. You can’t make this stuff up.

Robert W Malone MD, MS is the inventor of mRNA & DNA vaccines, RNA as a drug. He’s a scientist, physician, writer, podcaster, commentator and advocate whilst also being a believer in our fundamental freedom of free speech. This article was originally published on Who is Robert Malone.

The latest data shows that 58% of COVID-19 deaths in August 2022 were from people who were vaccinated or boosted. Based on past figures and the current trends, we can reasonably estimate that the number of vaccinated/boosted COVID-19 deaths will only rise.

Read the study below: 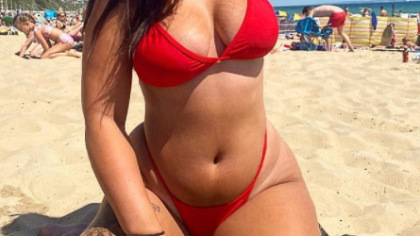 Женская фигура, за которую мужики готовы душу дьяволу продать
You Won’t Believe How These Celebrities Have Aged
Florida To Offer $5000 Hiring Bonus For Police Who Lost Jobs Due …
Share on: