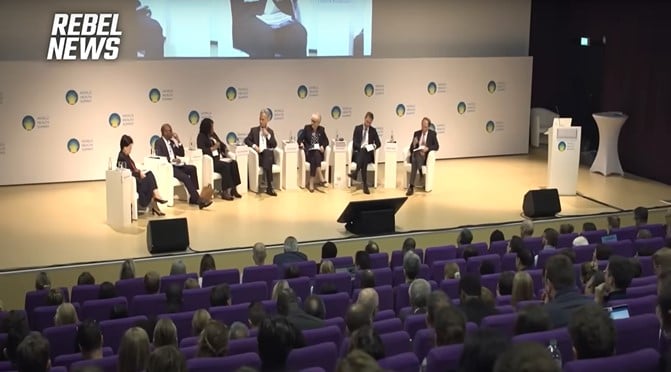 The global lockdowns during the COVID-19 pandemic ruined the lives of millions of people, especially the most vulnerable. Now the globalists responsible admit they issued their decrees solely on the basis of politics.

The World Health Summit held a three-day conference in October with the World Heath Organization (WHO). Approximately 300 speakers and 3,000 participants attended to discuss the world’s COVID-19 response and how to approach future pandemics.

Reporter Alexandra Lavoie from Rebel News went to the conference undercover and released footage on Thursday. She spoke with Razak Gyesi Issahaku, a member of the German-West Africa Center for Pandemic Prevention (G-WAC) and pressed him on the globalist elite’s decisions related to the pandemic.  Here are some of his answers:

“In the heat of the pandemic, most of the decisions were not based on science like I said. They were just reactionary. Anything that would help,” said Issahaku.

“Now, with the benefit of hindsight, we can tell that some of those decisions is not backed by science.”

Issahaku then admitted the vaccines do not stop COVID from spreading.  Last year, Pfizer claimed their vaccine reduced the spread of the virus by 90%.

“The vaccines do not stop the spread of the disease. But now we know,” he said. “At first, nobody knew so it was political, yes, but we think it helped in flattening the curve as well.”

Issahaku went on to admit no scientific basis existed for travel bans and used Africa as an example. He then suggested this would not happen again because “people were much more prepared.”

“When you came to Africa, movement between two villages was not possible during the heat of the pandemic,” he said.

“So a decision had to be made. Although we don’t know the scientific basis for those decisions, people had to comply and we think it worked.

“But now with the benefit of hindsight, a lot of the things that happened with COVID wouldn’t have happened from what we know now. People were much more prepared than they were before.”

Lavoie then sought full and incontrovertible clarification. “We know that the lockdown was bad for business, and bad for children. Now that we know so much information, should we do the same for the next pandemic?”

“No that’s what I’m saying. A lot of the decisions were not backed by science,” said Issahaku.

Scientists across the political spectrum sounded the alarm on the harm of lockdowns from the beginning of the pandemic. Media and political elites, however, derided