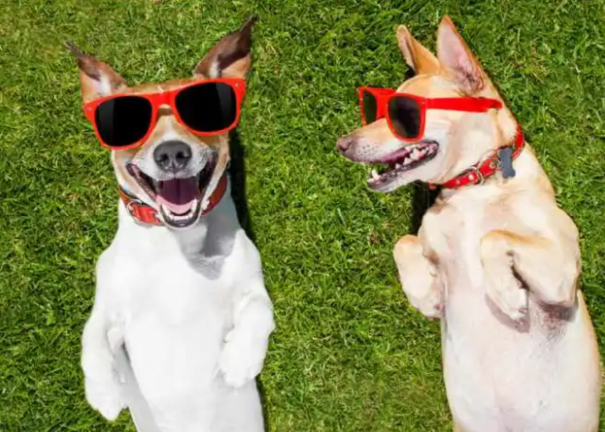 hey’re All Going to Laugh at You, Democrats

The 1976 Hollywood movie titled “Carrie” made a line of its script famous forever thereafter, “They’re all going to laugh at you.” The line came from the mother of the main character’s daughter (Carrie) as she tried to warn her not to go to prom in a dress that was too revealing.  Spoiler alert, Mom was right! The movie was a supernatural horror film adapted from Stephen King’s 1974 novel of the same title.

This movie line came to mind again this past week relative to the attack on Paul Pelosi by David DePape. Sadly, the Democrats of today do not have the supernatural powers of the fictional character Carrie to stop public laughter.  The idiocy of this episode of American history can be broken down into different levels.

First, you have the issue it happened in the far-left state of California governed by Nancy Pelosi’s very own relative, Governor Gavin Newsome, who made the entire state a “sanctuary state.”  That is a safe place for people who are feeling prosecuted, including criminals who should be prosecuted for their crimes. There can be sanctuary cities in sanctuary states, and, of course, San Francisco, where the Pelosis live, is such a city.

Suppose that level of idiocy was not enough. In that case, California, with the help of George Soros and his Open Society now, also now offers criminals cashless bail for those who cannot pay. Oh, and they are working on defunding the police to move some of that money toward social workers instead. That should work. Maybe some of Joe Biden’s newly hired 87,000 armed IRS agents can assist if things get too wild out in the west?

Then we have the open border issue with un-vetted illegal aliens pouring into our country with the newly minted tags by Democrats of “asylum seekers” and “undocumented immigrants.”  David DePape was one such illegal alien from British Columbia, Canada. He has been here for a long time without consequences.

Democrats are really good liars when they can redefine historical age-old terms such as “illegal alien” and what constitutes a “vaccine.” This needs to be stopped. It violates history and science by changing legal terms and age-old scientific baselines. It dilutes who we are as a sovereign nation to the point Democrats want to take their insanity to the next logical level (to them) of allowing illegal aliens the right to vote in OUR elections.

Next, we have the efforts of the left by way of the American Civil Liberties Union (ACLU) in the 1970s to get the mentally ill released from state-operated mental hospitals on the grounds that their civil rights and liberties were being violated as they could not do such things as VOTE. Our political leaders were only too happy to throw in the towel on this court battle as it meant a state budget line item could be cut out.  Famous psychiatrists from around the nation warned of the chaos that would one day ensure as many of these released people would inflate our homeless population on the streets and increase crime numbers. Now it would seem our insane brothers and sisters can vote and hold some of our highest Federal offices!  PROGRESS! (?)

Then we have the outright hypocrisy and disdain the Democrats show toward conservatives. Nancy Pelosi’s own daughter, Christine, made the Tweet “Rand Paul’s neighbor was right,” after Paul was assaulted by his neighbor and received six broken ribs in an attack two years ago. She does this all because she sits on the left while Paul sits on the right. Where is the civility from somebody who is the daughter of a mother that sits just three seats from our highest office? It portrays Christine Pelosi as deranged, suffering from a level of rage that demands psychiatric counseling. Her mother never made any attempt to distance herself or correct her daughter’s comment.  That is both irresponsible of an American elected Federal official and a good example of bad parenting!

Contrast the Rand Paul response to the Paul Pelosi attack relative on her father. “No one deserves to be assaulted. Unlike Nancy Pelosi’s daughter, who celebrated my assault, I condemn this attack and wish Mr. Pelosi a speedy recovery.” Of course, the liberal left working through their extension of the mockingbird news media went bat sh*t crazy all over Paul’s response, but the truth of the matter is Paul was right. We, as Americans, must never lose a sense of our humanity towards one another.

The attack on Paul Pelosi was both predictable and preventable.

The Pelosis have gotten rich from public service through insider (stock) trading that is illegal for all of us but for those who serve in Congress. Many on the Internet have seen a meme that reports how Pelosi has been in office for 28 years, earning $193,400 per year and yet amassing $196,299,990.  The fake checkers disputed her years in office as more like 34 at the time without thinking about how the meme could be six years old.  They also reported her net wealth as less, not mentioning how the amount may, or may not include her husband’s net worth.  The meme concludes with a quote from Nancy Pelosi herself, “Something is wrong with this picture.”

Common knowledge holds Nancy gave stock tips to Paul for him to make the purchases keeping her name and reputation out of it somewhat.  Wives cannot be called to testify against husbands.

Indeed, something is wrong with this picture.  In 2011 the CBS News magazine show “60 Minutes” did a story on Nancy Pelosi with Steve Kroft on why she and other lawmakers wouldn’t answer Kroft’s questions about insider trading when she was slow walking legislation on credit card interest rates raping cardholders. It was said that Visa was one of those companies seeking influence with Pelosi. Go try to find that video that embarrassed Nancy Pelosi now. We went to the “60 Minutes” CBS webpage and got a “404 Error”.  Go figure!

We found a slice of it here on Rumble: “Nancy Pelosi In the Hot Seat.”

Americans are laughing at the attack on the Pelosis, not because they don’t care about Paul or take delight in the suffering of others but because there is an overwhelming feeling they did this to themselves by way of their cavalier attitude towards their constituents and liberal legislative policies.

Like every other journalist writing and broadcasting today, I hope Paul Pelosi fully recovers. Nobody deserves a hammer attack, no matter his political leanings and past transgressions!

Having said that, I will also say America deserves to know the absolute truth about this attack, and I do not think we have gotten it yet. Too many conflicting stories have come out on social media, some of which appear to have been leaked from inside the San Francisco Police Department.  The public narrative is not adding up.

The liberal talking heads trying to align this DePape crime with the conservative right have raised memories of Jussie Smollett in Chicago and the George Soros criminal prosecutor showing evidence of being on Soros’ payroll more so than the citizenry of Chicago. When the truth came out, David DePape is a liberal illegal alien with a criminal rap sheet who is also obviously mentally ill; well, we all started laughing!

“The definition of insanity is doing the same thing over and over again and expecting a different result.” – Albert Einstein.

Learn from your mistakes, Nancy!

The more the law doesn’t apply to Democrats while being hyper-enforced on Republicans, the more you will see instances such as this attack occurring.  That is not something I wish.  It is just common sense.

In less than two years, a nation’s chant went from “WE LOVE TRUMP!” to “F*CK JOE BIDEN!” There is your sign.

If David DePape is not released without cash bail in this case, the Democrat’s hypocrisy will again be exposed, and WE ARE ALL GOING TO LAUGH AT YOU!

Debbie Reynolds Died One Day After the Death of Her DaughterDecember 28, 2016In “Home of News, Politics & Opinion”