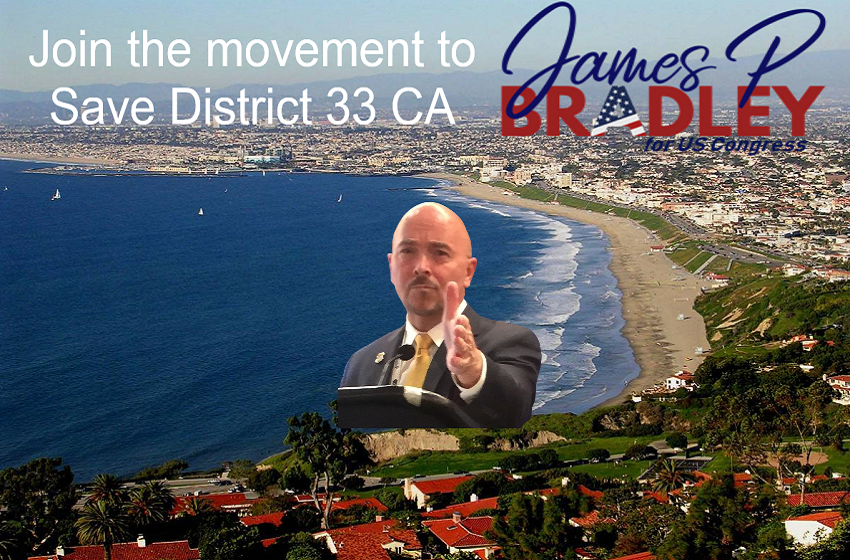 by James Bradley for Congress

2020 has been an amazing sojourn running for Congress in the great state of California. Being a U.S. Coast Guard Search and Rescue Veteran it is easy to understand my love for America and my goal to help so many veterans who are homeless in CA congressional district 33, which happens to be one of the most affluent  districts in all of the United States.
Upon visiting the West Los Angeles VA center (11500 Nimitz Ave., Los Angeles, CA 90049),  which is one of the oldest and largest in America, it is shocking to see tent after tent of homeless veterans on the sidewalk OUTSIDE and INSIDE the grounds of this VA. I made it my duty to dig deeper and what I found will shock you.
Rob Reynolds served with the 10th Mountain Division 4th Battalion 31st Infantry Regiment based out of Fort Drum, NY from 2006-2010. He was deployed in support of Operation Iraqi Freedom in 2007 in an area of Iraq known as the “triangle of death.” After honorably serving his country, Reynolds returned to the USA and moved to California to begin a new life , as a firefighter.  In 2018, while Rob was on the job, he began experiencing PTSD and was referred to the West Los Angeles Veterans Administration Center.
Upon entering the West LA VA, Reynolds was immediately told they would not accept him with his service dog, if he wanted treatment. But rather than part with his best friend, Reynolds left bewildered. Upon stepping outside the gates of the VA, Rob came upon group of fellow Veterans who were living on the street, on San Vicente and Wilshire Boulevards. Though Reynolds had been turned away inside the VA, his fellow veterans outside took him in, along with his dog, and provided tented shelter.
After months, in July of 2019, Reynolds demanded that the VA put in writing that they could not serve him due to their rules not allowing veterans to be accompanied by a service animal. Soon thereafter an inquiry was filed against the VA and magically, Rob was allowed housing and access into the VA’s Domiciliary Combat Track program with his service dog. While Reynolds was inside the VA getting treatment, he never forgot his fellow vets outside on the streets. Reynolds, joined AMVETS and with their help, along with the Veteran’s service Organization of Culver City Post 2, he began contacting the VA White House hotline, the OIG (Office of the Inspector General) and Veteran Crisis lines. Yet, nothing seemed to change for the homeless vets, one whom has since died on the streets, while others have attempted suicide.
In January of 2020, Reynolds got to speak at a local Federal Advisory board meeting. There he met a 74 year-old Vietnam Veteran named Bob Rosebrock, a director of the Veteran’s Old Guard. Every Sunday for 13 years, Bob Rosebrock, a U.S. Army Viet Nam Vet, HQ USARHAW, Schofield Barracks, along with members of his Old Veterans Guard, have gathered on the corner of this VA to peacefully protest the atrocious disregard of vets living on the streets outside of this VA.
Recently Reynolds, Rosebrock and others have uncovered a massive land fraud abuse scheme on this sacred property that is currently under investigation with my assistance. I and my staff have compiled information that has been sent to the F.B.I. and the Justice Department in Washington, D.C. We’ve discovered, that even though this land was gifted to the VA over a century ago to solely be used to benefit America’s veterans, huge property developers, well known politicians and high powered attorneys have other plans for the land located inside the Wet LA VA Center.
Here’s some history about this VA: The hundreds of acres of land on which the West Los Angeles Veterans Administration sits, was deeded to them in 1888.  In the Deed of 1888, it specifically declares that the benevolent land gift from Senator John P. Jones and Arcadia B. de Baker to the U.S. Government is “to be permanently maintained as a National Home for Disabled Volunteer Soldiers.” But rather than maintain this VA Home as a quiet sanctuary for disabled Veterans, the land inside these hallowed fences has instead been often illegally, used over time as: a “ritzy private school” playground, a public dog park, a used-car and bus storage lot, a public parking lot, a major hotel laundry facility, and other sullying misappropriations. At the painful expense of disabled and disadvantaged Veterans who require proper shelter and care, the West Los Angeles VA is now being hijacked.
Bob Rosebrock, Rob Reynolds and I, James Bradley, have been asked by authorities to end our crusade, but have continued month after month appealing to neighboring residents to unify and support replacing scores of 80-year old obsolete and dysfunctional buildings with a “21st Century Veterans Home.” America must be reminded how our federal government spent hundreds-of-billions-of-dollars bailing out mismanaged banks, insurance companies and auto manufacturers in the past.  If we have the same resolve, we can restore and rebuild this mismanaged West Los Angeles VA Center for our Soldiers who come home needing rehabilitation services. This should be “our collective duty” as Americans. We must never forget or stop honoring our soldiers who have served. Without our soldiers there would be no us, or better put, without our soldiers there would be no U.S. I thank you for any support that you may be able to give me in this noble endeavor. Please contact me, James P. Bradley at BradleyCongress.com.
United we stand, together we win.
God bless you and God bless America.
Share on: