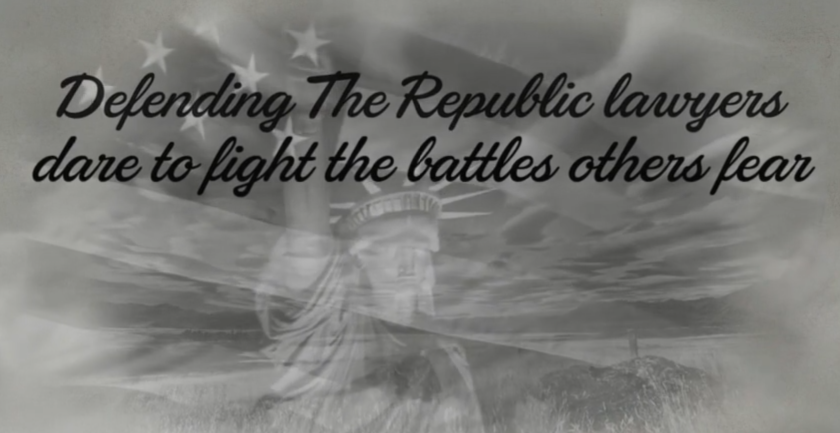 Defending The Republic
1 hr ago

Three things that cannot be hidden for long …

It has been said that that there are three things that can not be hidden: the Sun, the Moon, and the TRUTH.

Every single day, people worldwide are being shown the buckets of lies that the globalists, the Fake News, and the Democrats have shoveled over us.

Some truths will lie buried for decades which is why we exalt when anything is revealed.

1- Big Tech not only lied to us, they actively worked with the CDC to make sure other points of views where never heard.

The documents released Wednesday were obtained after America First Legal sued the Centers for Disease Control and Prevention (CDC) after filing a FOIA request for documents related to communications with big tech firms. They reportedly show that companies including Twitter and Facebook were repeatedly advised by the CDC on what to flag as “misinformation” and how to moderate.

One email from May 2021 shows CDC official Carol Crawford emailing a list of tweets to Twitter employees that the agency regarded as misinformation about vaccine shedding and microchips. Another email from one month prior shows Twitter senior manager for public policy Todd O’Boyle asking Crawford to help identify certain types of misinformation. The employee adds that they’re “looking forward to setting up regular chats.”

2- More lying from the FBI on what defines domestic terrorism.

The FBI’s definition of a domestic violent extremist (DVE): “an individual based and operating primarily within the United States or its territories without direction or inspiration from a foreign terrorist group or other foreign power who seeks to further political or social goals wholly or in part through unlawful acts of force or violence.”

QUOTE: This news comes only a day after Sen. Chuck Grassley informed Wray and Garland ofwhistleblowers detailing efforts at the FBI and DOJ to discredit negative information on Hunter Biden. The effort began before the 2020 election!

Don’t forget we have the FBI and DOJ thinking concerned parents at school board meetings are domestic terrorists.

3- In the 250 page complaint, Trump outlines all the lies told by Fake News CNN. Of course, this news is being ignored by the left.

QUOTE: The Daily Caller reports that Ifrah Law, citing Florida Statute § 770.02, filed a Notice of Intent ordering CNN “to publish a full and fair correction, apology, or retraction” in published pieces or broadcasts that allegedly made “false statements” about the former president.

CNN reportedly paid millions to Nick Sandmann for making unsubstantiated and reckless defamatory statements, and several other suits are pending.

Ifrah Law warned: “Failure to publish such a correction, apology, or retraction will result in the filing of a lawsuit and damages being sought against you, CNN.”

The complaint also claims that CNN inaccurately branded Trump as a “liar” and likened him to Adolf Hitler and communist leaders by labeling his election fraud claims as the “Big Lie.”

The complaint notes that “The network has [used] the term ‘Big Lie’ in relation to Trump more than 7,700 times since January 2021.”

4- Congratulations to Liberty Counsel for a big win in court for 500 health care workers who refused to be jabbed.

Health Care System To Pay Over $10 Million To Workers Who Sued Over Vaccine Mandate, Lawyers Announce

QUOTE: Lawyers for 500 health care workers who sued a hospital system over a COVID vaccine mandate said Friday that the workers had settled for over $10 million. The workers, who alleged discrimination, had been denied religious exemptions from the NorthShore University Health Care System vaccine mandate.

“As a result of the settlement, NorthShore will pay $10,337,500 to compensate these health care employees who were victims of religious discrimination, and who were punished for their religious beliefs against taking an injection associated with aborted fetal cells,” Liberty Counsel, which represented the former and current workers, announced.

According to Liberty Counsel, the Illinois-based hospital system will also change its policy regarding religious exemptions and “provide religious accommodations in every position across its numerous facilities.”

Those workers who were fired or quit because of the mandate will get about $25,000 each, and those who asked for an exemption but ended up getting the shot will get $3,000.

Matt Staver, founder of Liberty Counsel, told Evanston Now that the settlement should be “a big wakeup call for employers” about “blanket dismissals” for religious exemptions to the vaccine.

5- We continue to mourn Dr. Zev Zelenko, a relentless teller of truth. We appreciate this commentary about his life. We suggest that you read the entire piece.

QUOTE: Although the big corporate media chose to ignore this death, many Americans are aware of the recent passing of Zev Zelenko, the pioneering doctor who proposed the first widely publicized protocol for Covid in the early months of 2020.

Of the many sentiments expressed by his medical comrades in arms, perhaps the most meaningful and incisive was by his friend Dr. Paul Alexander who wrote: “He was a great human being with the will and drive to be virtuous.”

Zelenko had the view that people have the power within themselves to overcome. This “power of choice” is what gives humans their special status in this world, which is nothing less than a reflection of the Creator who made them.

QUOTE: These and many other examples of “social science” cooked up in Western universities are, simply put, rendering Western societies less cohesive, less peaceful and less humane. One can only hope a counterrevolution will take place, a Great Reawakening, that will lead Westerners back to the core principles of both genuine science and the faith tradition that inspired Zev Zelenko to become a great doctor and an even greater human being.

6- The left lies to push their agenda because the majority do not want their policies. Leftists can not sell their ideas unless they lie.

Mass Shootings in US Are Rare, Despite Increased Attention

QUOTE: Mass shootings are extremely rare in America. But you wouldn’t know that if you listened to politicians and much of the media. Judiciary Committee Chairman Dick Durbin (D-Ill.) said in a recent Senate hearing on gun control that there had been 309 mass shootings in America so far this year. CNN reported that “U.S. mass shootings are on pace to match last year—the worst ever.”

Speaker of the House Nancy Pelosi said on the floor that there were 13 mass shootings across the country in just one weekend. Major media outlets like The New York Times, NBC News, and ABC News all reported on the—allegedly—”hundreds” of mass shootings this year.

All of this sounds like a national crisis and terrifying to the public, but fewer than 100 people a year are killed in mass shootings in America. While the horrific murder of young children in their school in Uvalde and the innocent people killed in a Fourth of July parade in Highland Park are terrible tragedies, those events do not mean people are at a high risk of being mass shooting victims.

The way in which politicians who want more gun control bills deliberately scare people about mass shootings is by citing a made-up definition and using statistics from an unofficial database called the Gun Violence Archive.

“Obviously, they are trying to broaden the definition to get as large a number as they can to scare the public,” said Alan M. Gottlieb, founder of the Second Amendment Foundation, said in an interview. “But the public cares more about stopping these incidents before they happen. The way to prevent them is not to take away people’s Second Amendment rights, but to make sure those people don’t get the guns to start with—and that is where we are failing.”

We will not rest in our daily fight to unearth the truth.