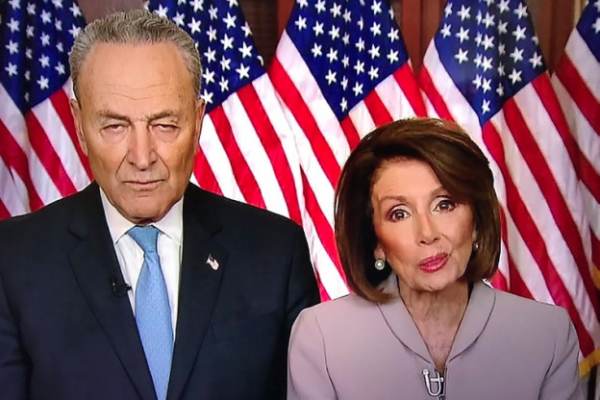 The radical Democrat base is pushing to defund the police in several cities across the country.

The party has gone totally insane.

Senate Minority Leader Chuck Schumer opted to block a resolution from a GOP senator that would oppose defunding the police – despite the motion calling for “justice for George Floyd,” because it did not do anything.

The resolution, introduced Tuesday by Sen. Tom Cotton (R-Ark.), called for two simple things: “justice for George Floyd” and to oppose “efforts to defund the police.”

The Arkansas Republican wrote in the motion that the murder of George Floyd, “was a horrific act that violated the public trust and was inconsistent with the values and conduct expected of law enforcement officers.”

He went on to note that “good law enforcement cannot exist without accountability and justice,” a sign of openness to discussions about police reform and accountability without discussion of defunding.

Cotton asked the Senate on Wednesday to pass the motion by unanimous consent, a move which means a single senator could block it.

In this case, it was Schumer (D-NY) who opposed Cotton’s move, arguing that the motion was nothing more than rhetoric.