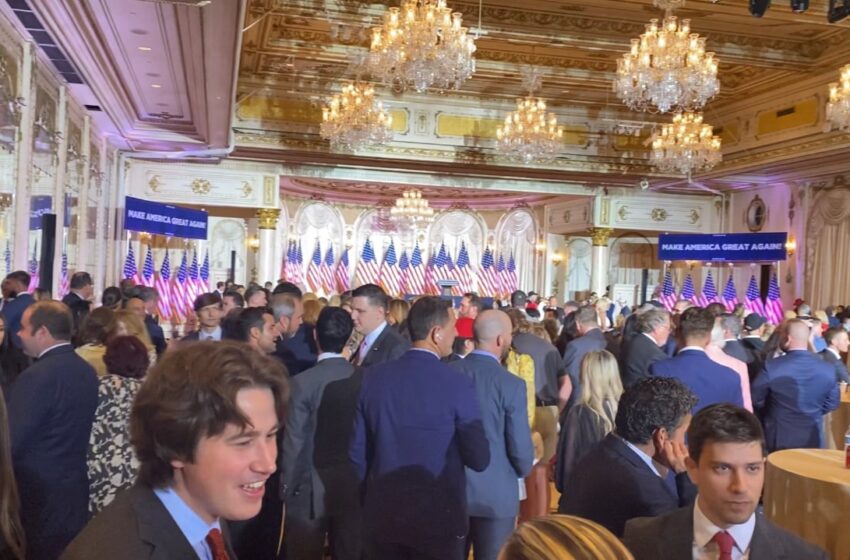 President Trump filed FEC paperwork to run for President of the United States in 2024 on Tuesday.

President Trump is making his announcement live on Tuesday night from his home at Mar-a-Lago.

BREAKING: Donald Trump files FEC paperwork to run for President of the United States in 2024 pic.twitter.com/U4lzs0nTg4

Trump officially announced that he will run for US president in the 2024 election.

Following tonight’s announcement, the toxic fake news media that ran conspiracy after conspiracy against this man his first time in office, responded as expected.

The New York Times was vicious as ever.

Breaking News: Donald Trump announced a 2024 run for president, ignoring GOP warnings that his influence is harming the party. https://t.co/qigjMpirdjpic.twitter.com/pPB7eYeQuk

Only to be outdone by the taxpayer-funded leftists at NPR.

BREAKING: Donald Trump, who tried to overthrow the results of the 2020 presidential election and inspired a deadly riot at the Capitol in a desperate attempt to keep himself in power, has filed to run for president again in 2024. https://t.co/iqIcaN3SZA

The fake news experts at WaPo was similarly outraged.

The twice-impeached former president Donald Trump, 76, who refused to concede in the 2020 election and is the subject of multiple criminal investigations, is running again in 2024, increasing the likelihood of a potential rematch with President Biden. https://t.co/tp6BpXjn8Z

And Olivia Rubin at ABC News pretended there was a stampede to the door.

A crowd has formed by the exit of the ballroom as some try to leave Trump’s announcement speech before he has finished…. But security won’t let them. pic.twitter.com/O7C6QJfYgK

Thank you, President Trump for making us all aware how evil and dishonest the mainstream media is in our country today!