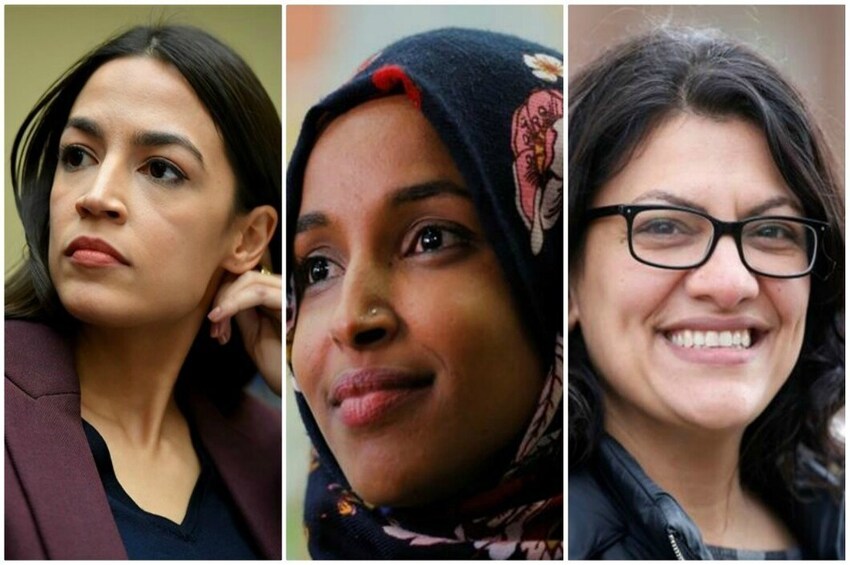 (TNS) One of the hardest things to do is abide traitors in our midst but because we are a civilized nation we must, at least until we’re not so civilized any longer.

As such, we have to put up with bartenders pretending they are foreign policy experts and known anti-Semites who hate the country they are representing in their relentless pursuit to undermine America simply because they don’t like the man we chose to be president.

Rep. Alexandria Ocasio-Cortez (D-N.Y.) attacked President Trump over his decision to take out one of our country’s biggest terrorist enemies, Iranian Gen. Qassem Soleimani — a man responsible for the maiming and deaths of American troops fighting to keep us safe from guys like him.

This is a war crime.

Threatening to target and kill innocent families, women and children – which is what you’re doing by targeting cultural sites – does not make you a “tough guy.”

It does not make you “strategic.”
It makes you a monster. https://t.co/IjkNO8BD07

Literally, these are words of treason. Even President Obama, when he was launching thousands of missile attacks in Iraq, Syria, Afghanistan, and Pakistan, was doing so to protect our country.

But Ocasio-Cortez isn’t the only seditious member of Congress. Enter Somali-born Ilhan Omar, who is every bit as traitorous and treasonous.

The President of the United States is threatening to commit war crimes on Twitter.

God help us all! #25thAmendment https://t.co/nYZSvpo8rG

The more the walls close in on this guy, the more irrational he becomes. https://t.co/Nba7Color1

This is @ChrisMurphyCT being featured on @Tasnimnews_EN. Tasnim News has strong links with the Iranian Revolutionary Guards Corps (IRGC).
Nice going, Senator!https://t.co/kpAcDyrIQQ

This isn’t “free speech” or “political opposition.” These are the words of treason, period. There is no other way to describe them.

These morons are openly and directly providing “aid and comfort” to an enemy regime, Iran — whose leaders have publicly and frequently threatened and attacked our government, our country, our people.

A regime that has killed Americans in battle, directly and indirectly, through the supply of weapons and via proxies.

We finally have a president who is not afraid to confront this evil and, more importantly, eliminate it.

Even for ungrateful, seditious pieces of you-know-what who managed to get themselves elected to Congress.

We have no doubt that should the president seek a declaration of war against Iran or any enemy, especially an Islamic enemy, these two would be among the first to vote “no.”

Their behavior is more than just disgraceful. It is treasonous, flat out. And it is on Nancy Pelosi to do something about it.

But of course, she won’t, because she succumbed to these idiots in allowing Trump to be impeached. For nothing.

We are rapidly approaching a moment in our history when we will all have to decide what’s more important — political expediency and convenience of lifestyle, or fighting for the country our founders bequeathed us.