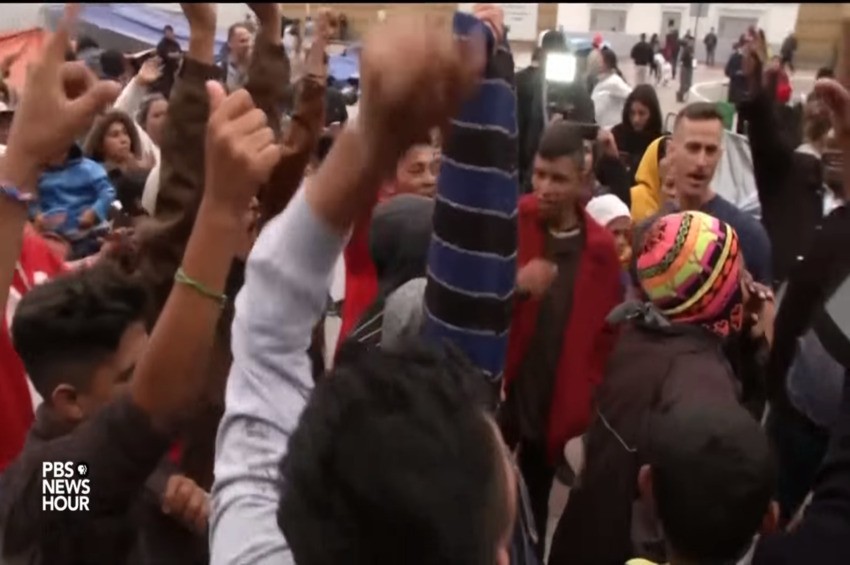 A line forms near the entrance of the Immigration and Naturalization Service office in Miami. (Photo by RHONA WISE/AFP via Getty Images)(CNSNews.com) – Drunken driving, illegal re-entry and gang activity may soon be among the convictions that would prevent aliens from receiving asylum in this country.

The Departments of Justice and Homeland security on Wednesday moved to expand the list of crimes that would bar asylum.

The seven new, proposed bars to asylum are in addition to the existing ones (serious crimes, security threats, terrorism, etc.) found in the Immigration and Naturalization Act.

The proposed rule would apply to aliens who are convicted of:

(1) A felony under federal or state law;

(2) An offense related to alien smuggling or harboring;

(5) Certain federal, state, tribal, or local offenses concerning the operation of a motor vehicle while under the influence of an intoxicant;

(6) A federal, state, tribal, or local domestic violence offense, or who are found by an adjudicator to have engaged in acts of battery or extreme cruelty in a domestic context, even if no conviction resulted; and

(7) Certain misdemeanors under federal or state law for offenses related to false identification; the unlawful receipt of public benefits from a federal, state, tribal, or local entity; or the possession or trafficking of a controlled substance or controlled-substance paraphernalia.

When the regulation is finalized, DOJ and DHS said they will be able to “devote more resources to the adjudication of asylum cases filed by non-criminal aliens.”

Under the current laws and regulations, asylum officers and immigration judges consider mandatory bars to asylum in every proceeding involving an alien who has submitted an application for asylum.

The proposed rule not only adds to the list of offenses, it would also remove the requirement to conduct a second review in cases where an immigration judge rejects an asylum application. This would “increase immigration court efficiencies,” the administration said.