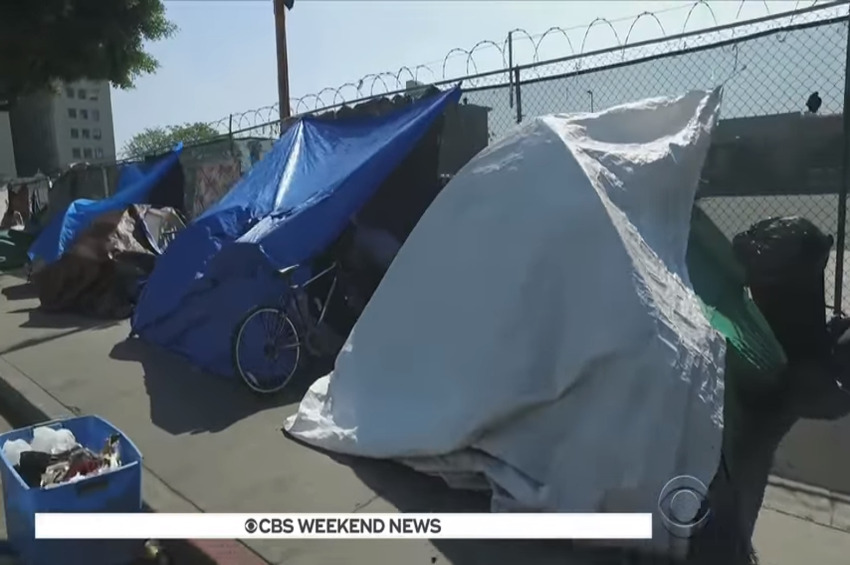 (CNSNews.com) – President Trump had impeachment on his mind this Christmas, tweeting many times about the unfairness of it all, and calling out two pro-impeachment Democrats by name: House Speaker Nancy Pelosi and California Gov. Gavin Newsom.

Both Pelosi and Newsom should worry about the homelessness and filth in their own backyards, Trump admonished:

“Governor Gavin N has done a really bad job on taking care of the homeless population in California. If he can’t fix the problem, the Federal Govt. will get involved!” Trump tweeted on Christmas Day.

On this day after Christmas, Trump took aim at Pelosi along the same lines, tweeting:

Nancy Pelosi has no leverage over the Senate. Mitch McConnell did not nose his way into the impeachment process in the House, and she has no standing in the Senate.” Brad Blakeman. Crazy Nancy should clean up her filthy dirty District & help the homeless there. A primary for N?

Nancy Pelosi’s District in California has rapidly become one of the worst anywhere in the U.S. when it come to the homeless & crime. It has gotten so bad, so fast – she has lost total control and, along with her equally incompetent governor, Gavin Newsom, it is a very sad sight!

This is not the first time President Trump has condemned the growing problem of homelessness in California.

In early July, in an interview with Fox News’s Tucker Carlson, Trump said he was looking at the out-of-control homelessness situation in California cities “very seriously.”

“We may intercede,” Trump said at the time. “We may do something to get that whole thing cleaned up. It’s inappropriate.”

Trump blamed the expanding, filthy homeless camps in San Francisco and Los Angeles on the “liberal establishment.” “This is what I’m fighting,” he told Carlson.

Then in mid-September, President Trump told reporters onboard Air Force One, “There’s tremendous pollution being put into the ocean because they’re going through what’s called the storm sewer that’s for rainwater,” Trump said. “And we have tremendous things that we don’t have to discuss pouring into the ocean. You know there are needles, there are other things.”

Trump indicated the EPA would issue a citation for San Francisco.

“These are great cities. And we can’t lose our great cities like this,” Trump was quoted as saying.