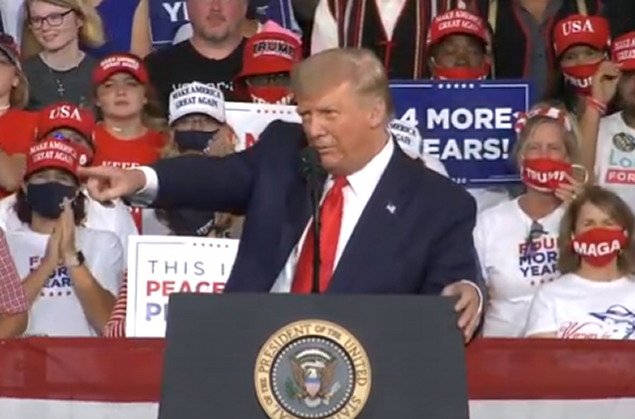 Trump did an outstanding job in the final presidential debate this week. Joe Biden seemed under-prepared, and at times, angry.

Supporters of the president showed their approval of his performance with their wallets.

In the 24 hours following the debate, the Trump campaign broke an online fundraising record by hauling in a staggering $26 million dollars.

Campaign manager Bill Stepien said Friday that Trump raised $26 million in the hours around the final presidential debate against Joe Biden, pulling in 30 percent more money than during any 24-hour period in the 2016 or 2020 presidential cycles.

Stepien revealed that some of the new resources will be spent on a major ad purchase in Minnesota.

Minnesota has not supported a Republican for commander-in-chief since 1972. Four years ago, even though he barely campaigned in the state, Trump lost to then-Democratic nominee Hillary Clinton by only 44,000 votes.

This time, Trump’s team has dispatched 60 staffers to Minnesota. Next week, they will be joined by Vice President Mike Pence.

Some Republicans reportedly believe that Democrats have lost support in the rural parts of Minnesota and see this as an opening for Trump to pull a major upset.

Even though public polling suggests Biden is comfortably in the lead, some close to Trump reportedly think that the backlash against police brutality protests — which began in Minneapolis, following George Floyd’s death — could drive GOP turnout in suburban and rural areas.