The Trump campaign issued a statement Sunday night announcing Sidney Powell is not a member of President Trump’s legal team.

Powell had appeared at a campaign legal team press conference earlier this week alongside Giuliani and Ellis. 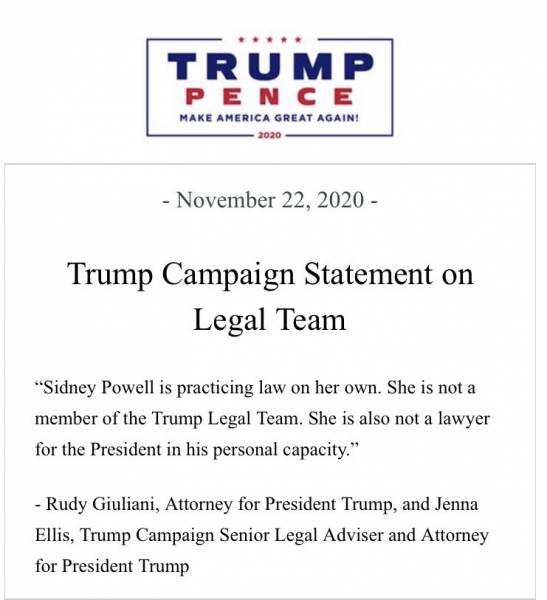 Vic toensing, Joe diGenova, Sidney powell Lin wood and others working on the case are not considered Presidents council

They are working independently

Not hard to understand

President Trump posted this on November 14.

I look forward to Mayor Giuliani spearheading the legal effort to defend OUR RIGHT to FREE and FAIR ELECTIONS! Rudy Giuliani, Joseph diGenova, Victoria Toensing, Sidney Powell, and Jenna Ellis, a truly great team, added to our other wonderful lawyers and representatives!