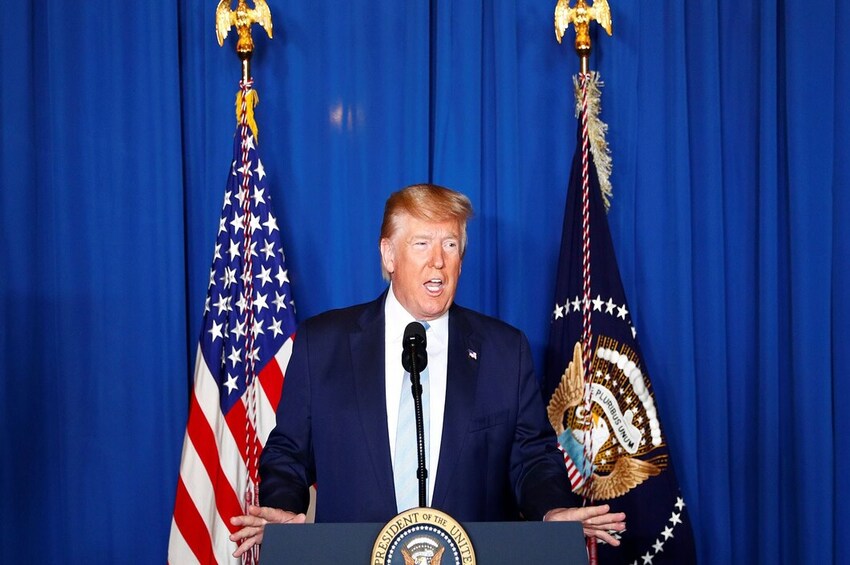 President Trump on Friday afternoon addressed the U.S. drone strike in Baghdad that killed top Iranian general Qasem Soleimani, saying the strike was meant to “stop a war” rather than start one.

“We took action last night to stop a war. We did not take action to start a war,” Trump told reporters in Florida. “We do not seek regime change. However, the Iranian regime’s aggression in the region … must end, and it must end now.”

Soleimani, the head of Iran’s elite Quds Force, was killed Thursday when the U.S. successfully executed a precision strike at Baghdad International Airport. The attack sparked immediate international alarm about how Iran would retaliate.

The Iranian general, the “number one terrorist anywhere in the world,” was responsible for the murders of hundreds of American civilians and servicemen, Trump said, and had been planning “imminent and sinister attacks” on more Americans.

“We caught him in the act and terminated him,” Trump said. “Under my leadership, America’s policy is unambiguous to terrorists who harm or intend to harm any American. We will find you. We will eliminate you.”

The administration blames the Iran-backed Kata’ib Hezbollah militia for a rocket attack that killed a U.S. defense contractor at a U.S. military compound in northern Iraq last week. Afterwards, on Monday and Tuesday, hundreds of militiamen and protesters supporting Iran clashed with American security forces at the U.S. Embassy compound in Baghdad and laid siege to the embassy compound, with some chanting “Death to America.”

The president promised to protect Americans around the globe and U.S. allies in the aftermath, saying the U.S. is “ready and prepared to take whatever action is necessary.”

The administration plans to deploy 4,000 additional troops to the Middle East to handle the fallout from Soleimani’s death.

“The world is a safer place without these monsters,” Trump said. “The future belongs to the people of Iran, those who seek peaceful coexistence and cooperation.”