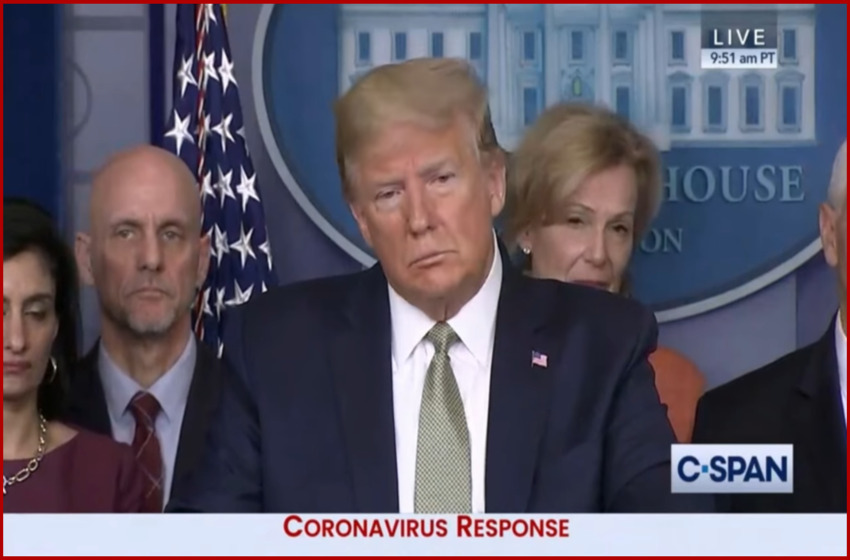 Most Americans agree with calling it the “Chinese Coronavirus”.

Unless you watch the view  and listen to Whoopi Goldberg as always she needs a CHECK UP FROM HER NECK UP!

Meghan McCain stuck up for our President. Here are some interesting tweets on Twitter to check out.

TRUMP CALLS COVID-19 “CHINESE VIRUS”: After sparking criticism for using the term, the president defended himself saying he “had to call it where it came from” — the co-hosts react. https://t.co/5ED5cehetN pic.twitter.com/az5HXhHmyH

“Why do you keep calling this the Chinese Virus?”

“Because it comes from China, it’s not racist at all,” says @realdonaldtrump pic.twitter.com/3PCpUJX6wf

Reporter: “Are you on board with the President calling this the China virus, Chinese virus. Does it seem like it’s helpful right now to call it that?”

Sen. John Cornyn: “That’s where it came from.” pic.twitter.com/TkvQ5Z9p8y

Q: “The president continues to call this the ‘Chinese virus.'”@LindseyGrahamSC: “It is, it came from China.”

This is biological terrorism

RT if he should be jailed, prosecuted, and deported immediately

A reporter asked Trump why he keeps saying “Chinese virus” and claims that the term is racist.

Funny to watch leftist media meltdown over Trump calling it a ‘Chinese virus’ when they’ve been calling it that for months https://t.co/HRsWRHtmPo

TheChief is a Wartime President at war against a Deep Swamp and a Crooked Press aka The Enemy of the People. pic.twitter.com/R3avm4aTKz