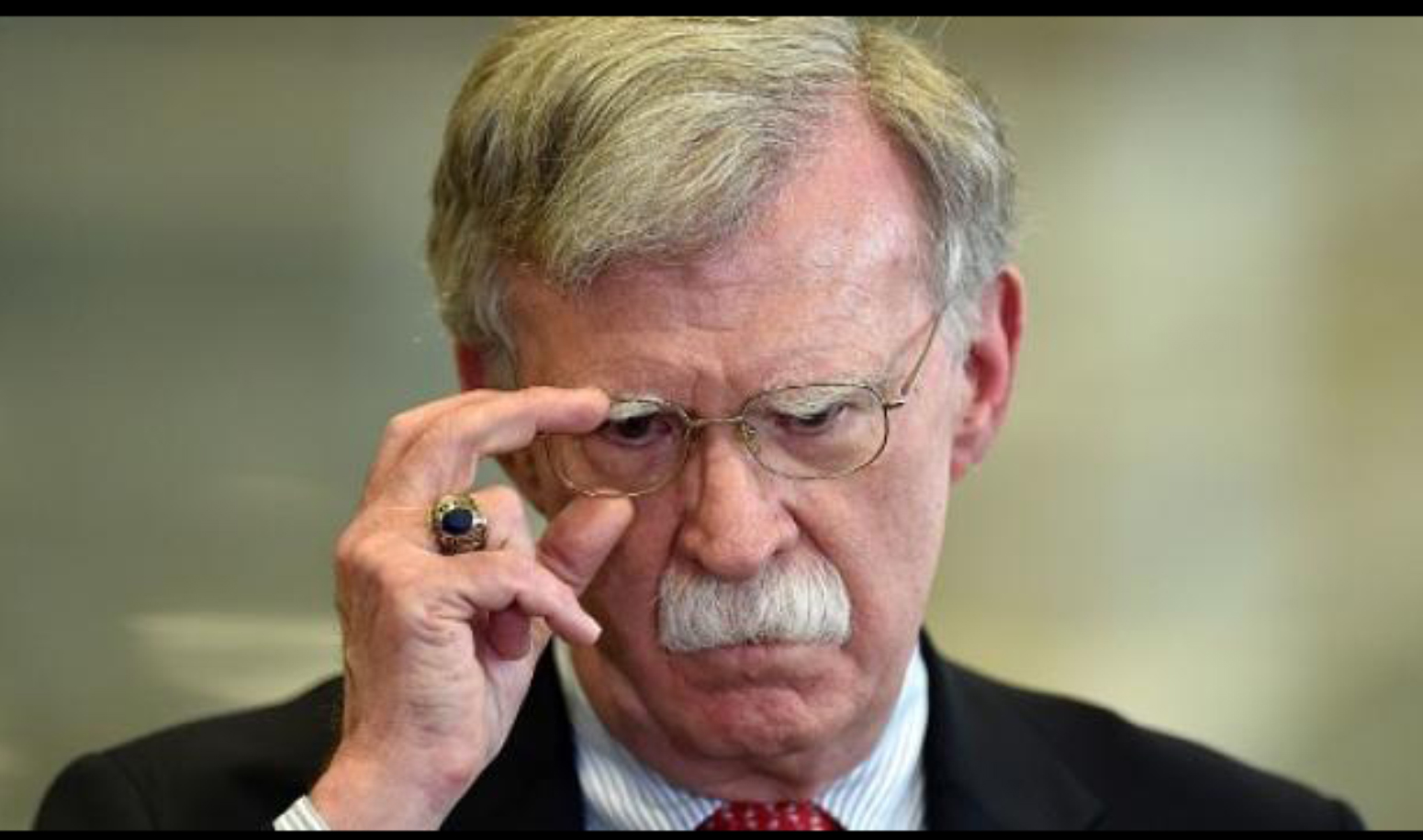 (CNSNews.com) – John Bolton is hardly the first administration official to write a book criticizing President Trump after being fired from his post.

But just as the president’s defense gets under way in the Senate impeachment trial, the New York Times reports that Bolton’s upcoming book will detail Bolton’s account of the “Ukraine affair.”

According to drafts of Bolton’s manuscript, the Times wrote, “Mr. Trump railed about Ukraine trying to damage him and mentioned a conspiracy theory about a hacked Democratic server.”

Trump is firing back via Twitter, writing late last night:

I NEVER told John Bolton that the aid to Ukraine was tied to investigations into Democrats, including the Bidens. In fact, he never complained about this at the time of his very public termination. If John Bolton said this, it was only to sell a book. With that being said, the…

…(Democrats said I never met) and released the military aid to Ukraine without any conditions or investigations – and far ahead of schedule. I also allowed Ukraine to purchase Javelin anti-tank missiles. My Administration has done far more than the previous Administration.

Trump also retweeted someone who wrote: “John Bolton is running the exact same revenge playbook against Trump that James Comey used. He’s even using the same agent and leaking to the same reporters. All because he’s mad Trump fired him for leaking and trying to start new wars. It’s so boring and predictable.”

Bolton, in his upcoming book, reportedly talks about a meeting in August with President Trump:

“Mr. Bolton raised the $391 million in congressionally appropriated assistance to Ukraine…He, Mr. Pompeo and Defense Secretary Mark T. Esper had collectively pressed the president about releasing the aid nearly a dozen times in the preceding weeks after lower-level officials who worked on Ukraine issues began complaining about the holdup, Mr. Bolton wrote.

“Mr. Trump had effectively rebuffed them, airing his longstanding grievances about Ukraine, which mixed legitimate efforts by some Ukrainians to back his Democratic 2016 opponent, Hillary Clinton, with unsupported accusations and outright conspiracy theories about the country, a key American ally.”

Bolton reportedly wrote that Trump attorney Rudy Giuliani had “spent months stoking the president’s paranoia about the American ambassador to Ukraine at the time, Marie L. Yovanovitch, claiming that she was openly anti-Trump and needed to be dismissed.”

According to the Times, “In his August 2019 discussion with Mr. Bolton, the president appeared focused on the theories Mr. Giuliani had shared with him, replying to Mr. Bolton’s question that he preferred sending no assistance to Ukraine until officials had turned over all materials they had about the Russia investigation that related to Mr. Biden and supporters of Mrs. Clinton in Ukraine.”

And Democrats say it bolsters their demand for Bolton and other top Trump aides to testify before the Senate:

“Amb. Bolton reportedly heard directly from Trump that aid for Ukraine was tied to political investigations,” House Speaker Nancy Pelosi tweeted on Sunday. “The refusal of the Senate to call for him, other relevant witnesses, and documents is now even more indefensible. The choice is clear: our Constitution, or a cover-up.”

According to the Times, Bolton’s lawyer blames the White House for the disclosing what Bolton’s manuscript says: “It is clear, regrettably, from the New York Times article published today that the pre-publication review process has been corrupted and that information has been disclosed by persons other than those properly involved in reviewing the manuscript,” lawyer Charles J. Cooper told the newspaper.

Cooper said he gave a copy of the manuscript to the White House on Dec. 30 to be reviewed for classified information.

Trump was still tweeting about this on Monday morning: ” The Democrat controlled House never even asked John Bolton to testify. It is up to them, not up to the Senate!”