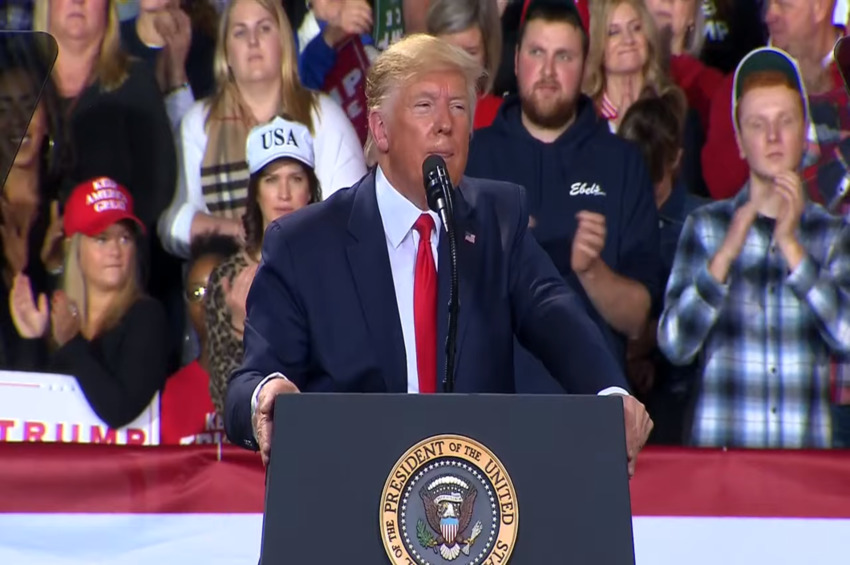 (CNSNews.com) – President Donald Trump told a supportive crowd in Battle Creek, Michigan Wednesday night that Democrats, by doing nothing else than focus on impeachment, are “declaring their deep hatred and disdain for the American voter.”

“This lawless partisan impeachment is a political suicide march for the Democrat Party,” Trump said, before an aide informed him of the official vote.

Have you seen my polls in the last four weeks? It’s crazy! You know why? Because people, you know we have an election right down the road. I announced three months ago that I’m running, right? I’ll give you a little clue.

A short time later, an aide walked toward the stage, holding a sign with the House vote tally.

(A fourth Democrat voted “present” on both articles.)

“The Republican Party has never been so affronted, but they’ve never been so united as they are now,” Trump said, expressing confidence that senators “will do the right thing.”

Trump told the crowd that what Democrats have put his family through is a “disgrace.” “And we should get an apology all over the place,” he added.

Trump also attacked the media, calling them “part of the Democratic Party. They are a part of it.”