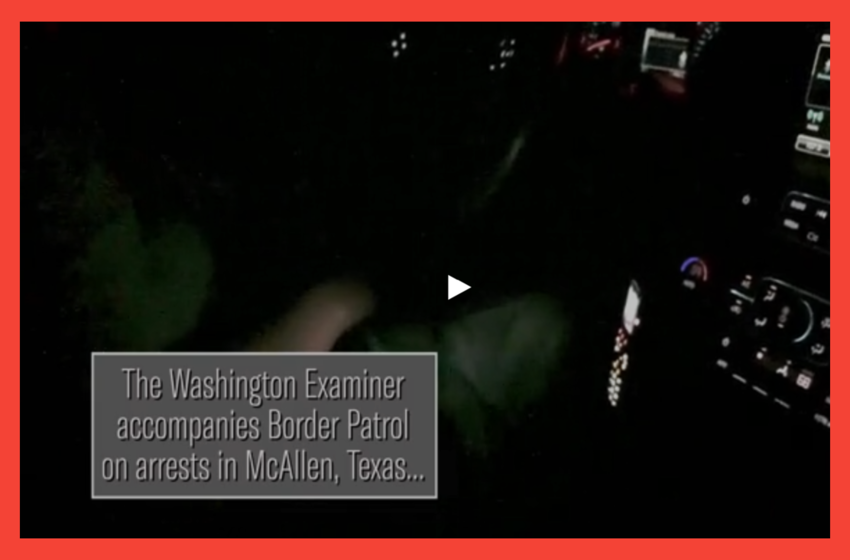 Department of Homeland Security officials were stunned at President-elect Joe Biden’s decision not to rescind President Trump’s border policies on his first day in office.

“My first response was this was, you know, a broken promise to the American people that I’m actually glad is happening,” acting Customs and Border Protection Commissioner Mark Morgan told the Washington Examiner in a phone call Tuesday.

“If you walk back a network of policies and initiatives that have been implemented under the Trump administration, you will create a new crisis, you will create new pull factors, you will reincentivize individuals to come here illegally,” he said.

“While it’s tempting to spike the ball with an ‘I told you so’ moment, this really illustrates how there are no easy decisions when it comes to immigration because you always have to contend with reality,” a senior DHS official wrote in a text message. “The change in tone should be taken as a tacit acknowledgment that the dangers the Trump administration warned about are real and the messaging from Biden was only politicking.”

Recommended For You
Washington Post bemoans how ‘dangerous’ it is to be a journalist in US
Is it any wonder liberal states are shrinking?
Neighbor recalls Nashville bombing suspect saying, ‘The world is never going to forget me’

Last week, the Biden transition team announced it would not immediately gut the Remain in Mexico program, which requires asylum-seekers at the southern border to live in Mexico for several months while they await appearances in U.S. immigration court. Biden promised 11 months ago that he would end the program, known as the Migrant Protection Protocols, on his first day in office on the basis that it was unfair to migrants.

The Trump White House imposed the MPP in early 2019 so as not to have to detain in the United States families that seek asylum at the border.

Career officials and Trump political appointees at U.S. border and immigration agencies said that Biden’s plan to end a program that prevents an influx of asylum-seekers, as well as no longer expelling migrants who were arrested for illegally crossing the border, would overwhelm federal holding facilities in the middle of the coronavirus pandemic and put employees, migrants, and local communities at risk. They explained their views to the transition team, which then relayed the information to top Biden officials.

“That transition team has provided that [information] back to the advisers of the potential Biden administration,” said Morgan. “And he actually listened. And he understands that if he did, as he promised, he will create a crisis, you know, I’ve been saying that will pale in comparison to what we saw [in] 2018 within weeks of his administration.”

“For him to finally acknowledge that his promises are going to cause a surge, so he’s not going to make changes right away, is the first right thing he’s done since running for president. Hopefully, this temporary delayed response will be a permanent response,” Tom Homan, former acting ICE director, said in a phone call.

Although officials breathed a sigh of relief following the news, Morgan said he would not take a “victory lap” since the Biden administration still intends to end the policies, just not for some time. Ron Vitiello, the former second-highest U.S. border official in the Trump administration,spoke with some of the DHS officials who briefed the Biden transition team and said they shared the political appointees’ concerns.

“I take no credit for what I and others pointed out as a predictable consequence of reversing current capabilities/practices to quickly return those crossing the border illegally,” former acting CBP Deputy Commissioner Vitiello wrote in an email. “I’m glad they’re pausing on this implementation and wish they would establish and communicate their plans on how to avoid the humanitarian crisis that we saw in 2018 and in 2014. Without a good plan the border patrol, CBP officers and ICE will be forced to pick up the pieces.”

Biden announced last week that he would begin in July winding down the MPP in an effort to avoid a surge of “2 million people on our border.” His advisers said he would not stop an initiative that allows Border Patrol agents to turn away illegal immigrants immediately instead of arresting them and allowing them due process before being deported. The incoming administration is putting in place new programs in an effort to end Trump’s and is talking with Central American and Mexican leaders.

The Supreme Court is expected to take up a case on the MPP in 2021 if Biden does not do away with it.