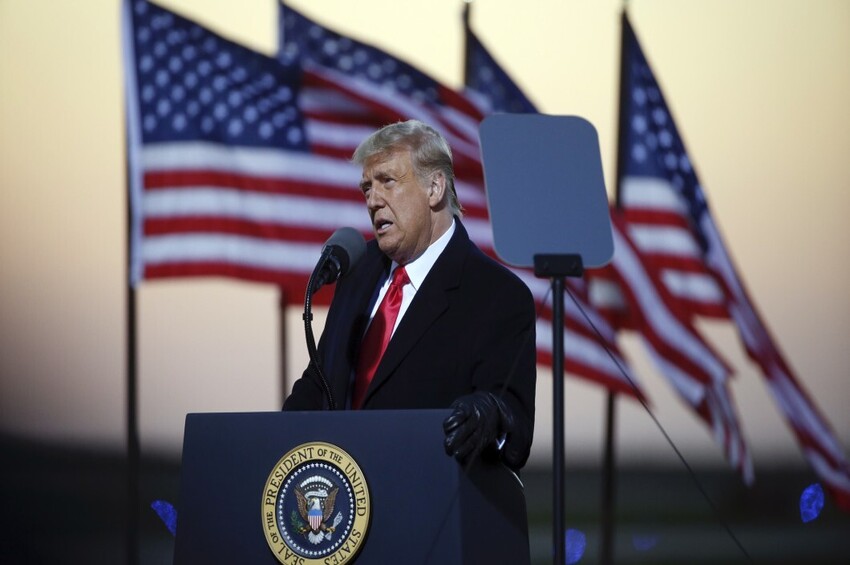 President Trump says it’ll be challenging to accept defeat if electors declare Joe Biden the victor of the presidential election.

“It’s going to be a very hard thing to concede,” Trump told reporters on Thursday, adding that “if they do, they made a mistake.”

Trump has yet to concede after Biden was declared the winner by several media outlets more than two weeks ago. His campaign is engaged in litigation in multiple states, alleging that there was voter fraud, though little evidence has surfaced to back up his claims.

The president told reporters that he would “certainly” leave the White House if the electors decided on Biden. However, the president claimed he won the election “by a tremendous amount.”

Trump’s legal team has not presented much evidence to back up claims that there has been mass voter fraud in the election.

The Associated Press and several other media outlets tally that Biden got over 80 million votes in this year’s general election, the most of any winning presidential candidate in history. Trump secured nearly 74 million votes, the highest for a losing candidate.

Electors must send their votes in by Dec. 14, but if Biden is declared the winner by the “safe harbor” date of Dec. 8, six days before the due date, Congress can acknowledge Biden as the country’s next president.

The former vice president has already started appointing members to his incoming administration, a move condemned by Trump, who said, “I think it’s not right he’s trying to pick a Cabinet.”

CNN’s Kaitlan Collins reports that Trump did not say if he would go to Biden’s inauguration, but that he knows the answer to whether he will.

Inauguration Day is scheduled for Jan. 20. However, due to the coronavirus pandemic, the details of how it will take place are still being decided.