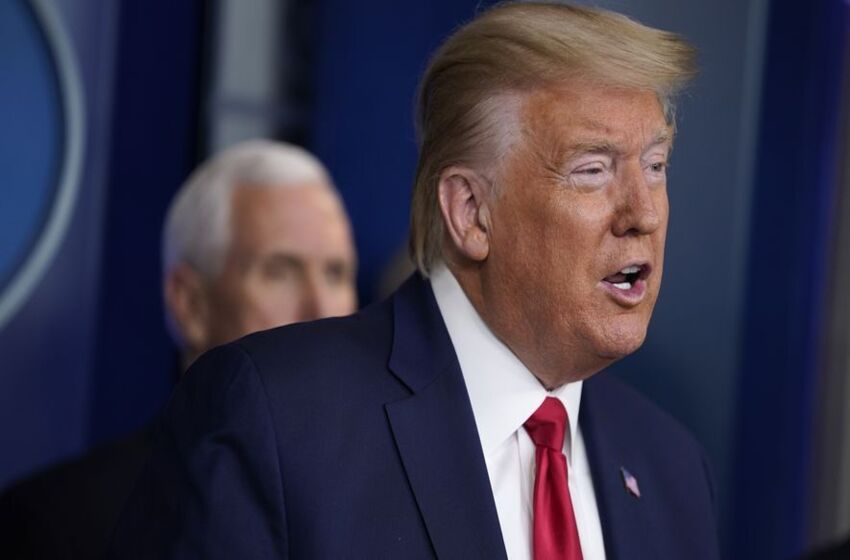 President Trump said he is invoking the Defense Production Act in the fight against a coronavirus that’s impacted all 50 states and put the White House on a “wartime” footing.

The Korean War-era law gives the president broad authority to “expedite and expand the supply of resources from the U.S. industrial base to support military, energy, space, and homeland security programs,” according to the Federal Emergency Management Agency website.

Experts say the U.S. is facing an equipment crunch for things like ventilators and masks.

Defense Secretary Mark Esper said his department is making 5 million N95 masks available to health workers, including 1 million immediately, and freeing up 2,000 ventilators from its stockpile.

Mr. Trump is also sending the USNS Comfort as a hospital ship to New York state and another ship, USNS Mercy, to a location yet to be named.

The president said he is also finding ways to expand the use of “self-swab” tests for the virus that would free up busy health professionals.

The U.S. has recorded about 7,300 cases and at least 115 deaths, according to the Johns Hopkins University tracker, although testing is still ramping up across the country.

Worldwide, there have been over 200,000 cases and more than 8,200 deaths since the virus was discovered in Wuhan, China, in December.

Mr. Trump said he’s on a wartime footing as Washington explores ways to resuscitate the economy and prop up workers who’ve been furloughed or laid off amid sweeping business closures and plummeting demand for things like flights and hotel rooms.

“You have to do things, you have to close parts of an economy that six weeks ago were the best they’ve ever been,” the president said.

The administration said it is rushing sorely needed tests to every corner of the country, though people should not seek one unless they have symptoms.

At the same time, Mr. Trump was unable to explain why privileged persons without symptoms, including NBA players, were able to get tests while everyday Americans could not.

Moving forward, doctors will be able to operate across state lines so that health systems can share resources, according to Vice President Mike Pence.

Deborah Birx, the U.S. coronavirus response coordinator, said she is concerned by early reports from Italy and France that suggest young adults can be severely impacted by the coronavirus. She said there’s been “a disproportional number of infections” in millennials but not a significant number of deaths in children.

For days, she’s implored young Americans to avoid crowded bars and other situations that might spread the virus around. She also said people should try to avoid hard surfaces outside of the home, which may contain the virus.

“The level of contagion has been incredible,” Mr. Trump said.

The president in February predicted a swift end to the crisis. Now he’s striking a somber tone about the pandemic while calling on Americans to rally to the fight.

“We’re all in this together and we’ll come through together,” Mr. Trump said.

The president referred to the pathogen as the “Chinese virus” during his briefing.
He says the name reflects its origins in Wuhan, but others say it stigmatizes Asians and Asian-Americans.

Mr. Trump signaled he doesn’t plan to change his tune, even as a reporter pointed to reports of bias against Chinese Americans.

The World Health Organization says people should refer to the coronavirus’s disease as “COVID-19.”