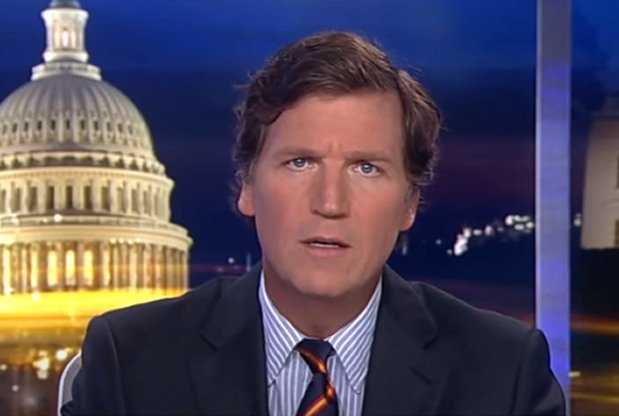 As you’ve watched the far left destroy American cities, have you wondered if this might be at least partially about Trump?

Lots of people have, including Tucker Carlson.

In fact, he made this the subject of one of his recent monologues.

Tucker Carlson: The riots are not about George Floyd or racial justice. They’re about Trump and seizing power

For the past week, all of us have seen chaos engulf our beloved country. The violence and the destruction have been so overwhelming, so shocking, and awful and vivid on the screen, that it’s been hard to think clearly about what’s going on.

Most of us haven’t been able to step back far enough to ask even the obvious questions. The most obvious, of course, is what is this really about? What do the mobs want?

Well, thugs looting the Apple Store can’t answer that question. They have no idea. They just want free iPads. But what about Apple itself and the rest of corporate America, which is enthusiastically supporting the rioters? What about members of Congress, the media figures, the celebrities, the tech titans, all of whom are cheering this on. What do they want out of it?

Now suddenly, it is obvious. It should have been obvious on the first day. This is about Donald Trump. Of course, it is. We just couldn’t see it.

For normal people, Donald Trump is the president. You may like him, you may not like him, but either way, there will be another president at some point, and we will move on as we always have.

But for Donald Trump’s enemies, there is nothing else. Everything is about Trump. Everything.

Donald Trump defines their friendships, their careers, their marriages. Donald Trump affects how they raise their children. Trump occupies the very center of their lives. As long as Donald Trump remains in the White House. They feel powerless and diminished and panicked. So they cannot be happy.

Once again, Tucker is right.

The American people can see this for what it is, no matter how Democrats and the media try to spin it.