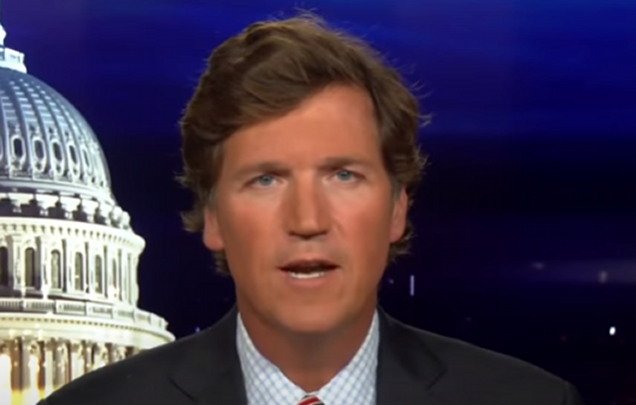 Tucker Carlson has been on fire lately.

In a recent opening monologue, he went off on the people who are toppling monuments and noted that they don’t even know who they are attacking, and that they have no knowledge of American history.

They are idiots who couldn’t even tell you who Washington was if you asked them.

Tucker Carlson bashes monument vandals as ‘idiots’: ‘They couldn’t tell you who George Washington was’

Tucker Carlson opened Tuesday’s edition of “Tucker Carlson Tonight” by taking aim squarely at the “truly and utterly stupid” demonstrators who have targeted statues and monuments across America for vandalism and destruction in recent weeks.

“It’s pretty clear that nothing is what we’re told it is,” Carlson said near the top of his monologue. “These are not protests. This is not about George Floyd. It’s not about systemic racism, whatever that is. America is not a racist country. You are not a bad person for living here. These are definitely not protesters or not even rioters.

“They are the armed militia of the Democratic Party. They’re working to overthrow our system of government,” Carlson said. “They’re trying to put themselves in power. That’s all obvious …

“But in the process of saying that, we may have missed something else that is also true as well as highly amusing,” the host continued. “These people are idiots, for real. The angry children you watch set fire to windows and topple statues and scream at you on television day after day are truly and utterly stupid.

“There’s probably never been a dumber group gathered in one place in all of American history. They’re mouth-breathers. They know nothing. They couldn’t tell you who George Washington was,” Carlson went on.

Tucker is spot on here.

These mobs are the militia of the Democrats. That’s why Democratic leaders don’t fear them and don’t speak out against them.

America has had enough.