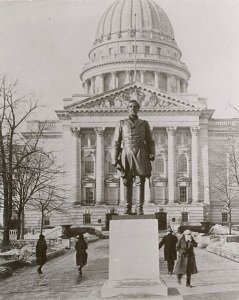 They beheaded the statue and then threw it in a lake.

Hans Christian Heg was an abolitionist who gave his life to end slavery in America.

The protesters are idiots.

During their rioting Democrat Senator Tim Carpenter stopped by and took a video of the destruction.

The mob turned on him. They punched him, beat him in the head, neck and ribs.

They socked him in the left eye and gave him a concussion.

There is video of Senator Tim Carpenter before his beatdown.

I took this pic- it got me assaulted & beat up. Punched/kicked in the head, neck, ribs. Maybe concussion, socked in left eye is little blurry, sore neck & ribs. 8-10 people attacked me. Innocent people are going to get killed. Capitol locked- stuck in office.Stop violence nowPlz! pic.twitter.com/Zw2hdfYG66

And here is Senator Carpenter after the angry women beat the hell out of him. 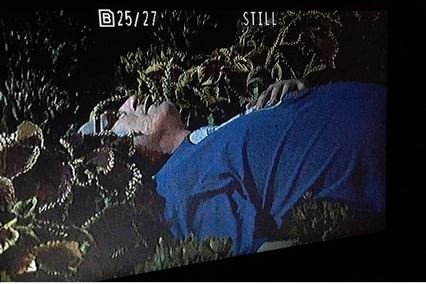 Earlier this week the two angry women were arrested.

One is a high school counselor. 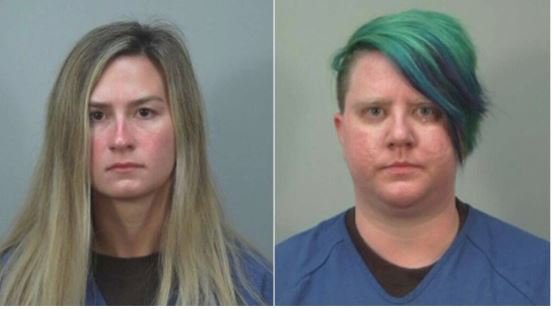 Samantha Rae Hamer and Kerida O’Reilly (in green hair) were arrested for beating the hell out of a Democrat state senator.

Samantha Hamer is a social worker at a high school.  She was put on administrative leave after the beating.

She must be great with the kids!

Prosecutors on Wednesday charged two women, including a high school social worker, with attacking a Wisconsin state senator during a chaotic night of violence outside the state Capitol last month.

Kerida O’Reilly, 33, and Samantha Hamer, 26, were each charged with one count of being a party to substantial battery, a felony punishable by up to $10,000 in fines and three-and-a-half years in prison, online court records show.

Both women were arrested Monday after they turned themselves in to police. They were scheduled to make initial court appearances on Wednesday afternoon.

O’Reilly’s attorney, Nathan Otis, said in an email to The Associated Press that it will become clear