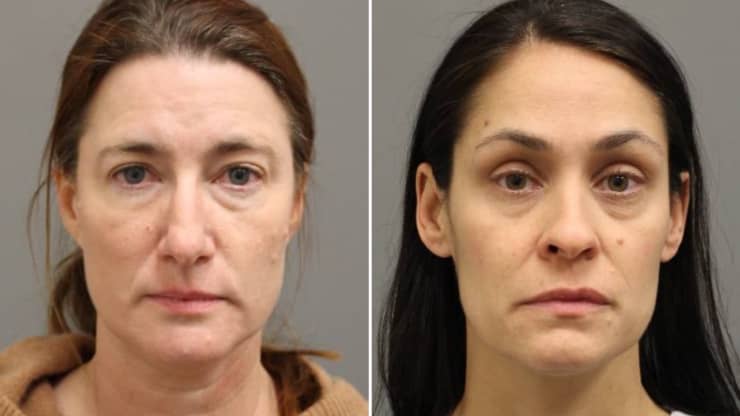 Julie DeVuono, 49, the owner of Wild Child Pediatric Healthcare in Amityville, and her employee, Marissa Urraro, were both arrested and each charged with one count of forgery in the second degree.

In another twist to this story, Julie DeVuono’s husband, Derin DeVuono, is a New York PD officer so he is being investigated for his possible involvement in his wife’s scheme.

Two nurses on New York’s Long Island are being charged with forging Covid-19 vaccination cards and entering the fake jabs in the state’s database, a scam that allegedly raked in more than $1.5 million.

The Suffolk County District Attorney on Friday arrested Julie DeVuono, 49, the owner and operator of Wild Child Pediatric Healthcare in Amityville and her employee, Marissa Urraro, 44, according to a complaint.

From November 2021 to January 2022, the pair allegedly forged vaccination cards, charging adults $220 apiece and $85 per child for a fake record that would land in the New York State Immunization Information System database. Prosecutors said that on one or more occasions, DeVuono and Urrano allegedly created records to indicate a vaccine was given to an undercover detective despite never administering the vaccine.

“Forging COVID-19 vaccination cards and entering false information into the New York State database used to track vaccination records puts the health and well-being of others at risk, and undermines efforts to slow the spread of the COVID-19 virus,” special agent Scott Lampert said in a statement announcing the charges.

During a search of DeVuono’s home, officials said officers seized roughly $900,000. They also allegedly found a ledger documenting profits from the scheme in excess of $1.5 million.

During a search of Julie DeVuono’s home, officials said