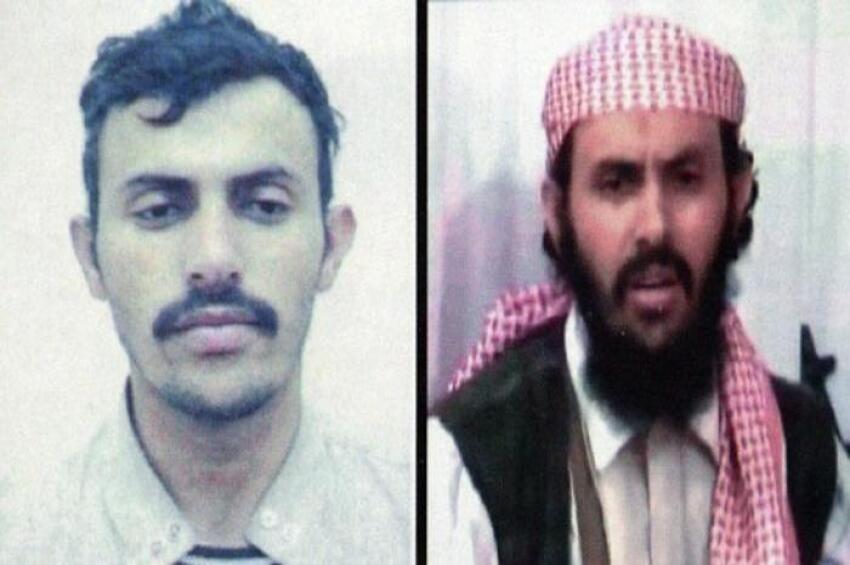 Images of AQAP leader Qasim al-Rimi. (Photo by Yemeni Ministry of Interior/AFP via Getty Images)(CNSNews.com) – The White House has confirmed that the leader of al-Qaeda’s Yemen-based affiliate – often considered the terror franchise’s most dangerous branch – has been killed in “a counterterrorism operation in Yemen.”The statement did not say exactly when al-Qaeda in the Arabian Peninsula (AQAP) leader Qasim al-Rimi was killed, but the New York Times, citing unnamed security officials, recently reported on an airstrike targeting him in January.

A report on Yemeni website al-Masdar early this week (in Arabic) cited “a source familiar with the movements of al-Qaeda” as saying the drone-fired missile had struck a car in al-Bayda region of central Yemen on January 29. It said Rimi was killed along with a second man in the vehicle, named as Abu al-Bara al-Ibbi. A man with that name is an AQAP cleric and former judge of the terrorist group’s shari’a court in Taiz. There has been no corroboration of these claims.

“Our message to the terrorists is clear,” President Trump said in his State of the Union address this week. “If you attack our citizens, you forfeit your life.”

AQAP is responsible for several terrorist plots, including an attempt to bomb a Detroit-bound aircraft on Christmas Day 2009. It failed when the Nigerian terrorist was restrained after trying to detonate explosives hidden in his underwear.

The following year, an AQAP plot to ship bombs to the U.S., hidden in packages on commercial cargo planes, was foiled.

An AQAP-associated threat was cited as the reason for the temporary closure of more than 20 U.S. embassies in 2013, and in 2015, AQAP claimed responsibility for the killing of 12 people at the Paris offices of the satirical magazine Charlie Hebdo. The two shooters were French-Algerian Muslim brothers, who had visited Yemen in 2011.

The White House described Rimi (Raymi) as AQAP leader and “deputy” to overall al-Qaeda leader Ayman al-Zawahiri. It said he joined al-Qaeda in the 1990s and worked for Osama bin Laden in Afghanistan.

“Under Rimi, AQAP committed unconscionable violence against civilians in Yemen and sought to conduct and inspire numerous attacks against the United States and our forces,” it said. “His death further degrades AQAP and the global al-Qaeda movement, and it brings us closer to eliminating the threats these groups pose to our national security.”

“We will continue to protect the American people by tracking down and eliminating terrorists who seek to do us harm.”

Rimi was named AQAP leader in 2015, after his predecessor Nasir al-Wuhayshi was killed in a U.S. drone strike in eastern Yemen. (Wuhayshi had been leader since AQAP’s formal launch was announced in 2009, and like Rimi after him, was also named a deputy to al-Zawahiri.)

The State Department designated AQAP as a foreign terrorist organization in 2010, and months later designated Rimi, then its “senior military commander,” as a global terrorist.

In 2014 the State Department’s “Rewards for Justice” program announced a reward of $5 million for information bringing Rimi to justice, and then doubled it to $10 million in 2018.

In May 2017, Rimi issued a statement urging supporters in the West to carry out “simple” terrorist attacks, and praised Omar Mateen, the American Muslim who shot dead 49 people at a nightclub in Orlando Florida the previous year.

Just nine days after Trump took office, U.S. Special Forces carried out a raid in Yemen which the Pentagon said was designed to gather intelligence on suspected AQAP operations.

A U.S. Navy SEAL, Chief Special Warfare Operator William Ryan Owens, of Peoria, Illinois, was killed during the raid. A number of AQAP terrorists were also killed, but controversially, so were some civilians, and a MV-22 Osprey tilt-rotor aircraft crashed.

Reports emerged at the time claiming that Rimi was the target of the raid, although the Pentagon denied this. NBC News quoted a Central Command spokesman as saying, “We didn’t expect to see him [Rimi] there. We didn’t plan for him to be there, and this was not a raid that had anything to do with targeting that individual.”

“Our intention here was to improve our knowledge against this threat – a threat that poses a direct threat to us here in the homeland.”

$10 million is the biggest reward currently offered by the State Department program for information leading to the apprehension of a wanted terrorist.

Aside from Rimi, only three others are subject to a reward of that size – al-Nusra Front leader Muhammad al-Jawlani, and two al-Qaeda terrorists indicted by a federal grand jury in 1998 for their role in the U.S. embassy bombings in Nairobi and Dar-es-Salaam that year, which cost the lives of 224 people, 12 of them American citizens.

According to the State Department the two al-Qaeda terrorists, Abdullah Ahmed Abdullah and Sayf al-Adl, moved to Iran after the East Africa bombings. They lived under the protection of the Islamic Revolutionary Guard Corps – some of the time under house arrest – until 2015, when they were exchanged for an Iranian diplomat kidnapped by AQAP in Yemen.