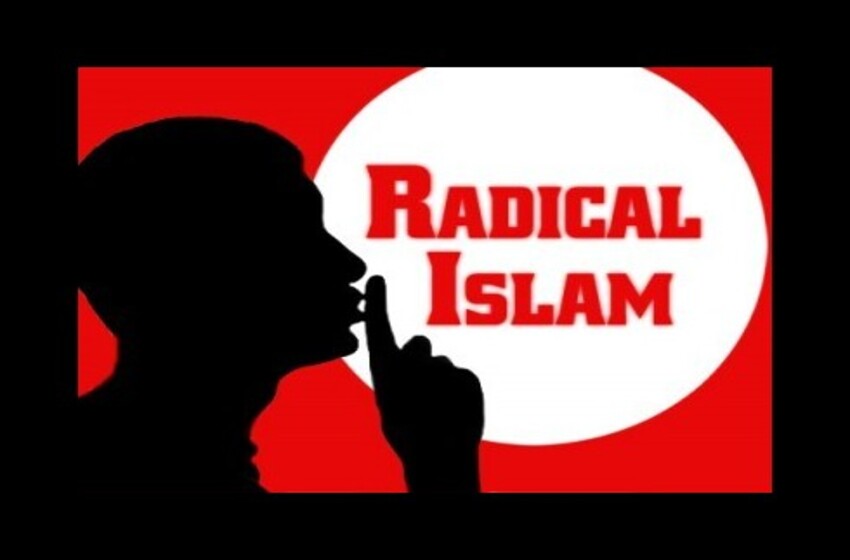 In a landmark speech in October, French President Emmanuel Macron committed to defend secularism against Islamist separatism, adding that a law would be presented by year’s end. Even though Macron made sure to specifically repeat that he is fighting Islamism and not Islam, what made the headlines was his statement that “Islam is in a crisis all over the world” because of “tensions between fundamentalism and political projects … that lead to very strong radicalization.”

In the latest incident, Karen Attiah, the Post‘s Global Opinions Editor, was spreading lies when she tweeted on Nov. 21 about Macron: “Now, he’s [sic] wants to give Muslim kids ID numbers to go to school.” She was implying that only Muslim children would have to be issued an ID in France. If this were true, it would have been such a godsend for Attiah, who has been constantly attacking France using the Islamist narrative. For a newspaper that has for the past four years very aggressively fought against the Fake News phenomenon, it is quite ironic that one of its stars just tweeted Fake News.

Attiah’s uber-victimization of Muslims and their presumed systematic oppression in France proven by such an incident mirrors Islamist propaganda that France is an Islamophobic country. Such depiction has led to five terror attacks in both France and abroad over six weeks. Attiah, by fueling the fire, had de facto endorsed the Islamist view that is only radicalizing a portion of the Muslim population and push jihadists to carry terror attacks.

Attiah deleted the tweet but insisted that France was very much an Islamophobic country: “To act like Macron isn’t stoking Islamophobia is simply folly.” She added, “But what France needs to do is not continue the cycle of hostility towards Muslims.” After that debacle, the Post issued no apology or indicated that Attiah was reprimanded for her outburst.

Actually, as demonstrated by her latest op-ed, Karen Attiah was emboldened to continue with her obsession to attack France and Macron with arguments used by the Muslim Brotherhood time and again. Attiah whitewashed the jihadists who carried out the recent attacks in France by calling them “deeply disturbed individuals, lone wolves with no ties to international terrorist networks.” This couldn’t be farther from the truth: no press reports indicate any of the three terrorists were clinically disturbed; they weren’t lone wolves because they all had a support network, possessed Islamic State material, answered to the al-Qaida call to target Charlie Hebdo but also to carry an “individual jihad” on French soil. Furthermore, the French prosecutors said that the Nice church attack and the beheading of a teacher in Conflans, just outside Paris, were linked. Attiah didn’t mention that the three men were devout Muslims who carried out the attacks in the name of Islam.

Then Attiah yet again wrote a half-truth: “The government proposed to cancel a schooling program with teachers from Turkey, Morocco and Algeria.” What is actually happening is that Macron wants to stop to import foreign imams: there are currently 300 of them in France with over 150 from Turkey; most of them do not speak French. What is so bad to train imams in France and not import possibly extremist imams?

She then goes overboard writing, “perhaps it makes sense Macron would get some cheap tips on how to make life miserable for innocent Muslims.” She is definitely fueling the fire of hatred yet again and comforting the Islamist canard that all French Muslims are victims of continued French racism. This is exactly the kind of rhetoric that appeared to trigger most of the jihadist attacks in France including the last three ones.

How can Karen Attiah be allowed by the Post to spew her venom time and again, spreading false information to dishonestly advance her cause? Fact-checking anyone?

Attiah is a central figure in advancing the Islamist agenda. For proof she picked Rokhaya Diallo, a very controversial pro-Islamist figure in France, as a Global Opinion columnist along with Muslim Brotherhood-linked Saudi journalist Jamal Khashoggi, who was murdered and dismembered inside a Saudi Arabian consulate in Turkey. Khashoggi, who was linked to the Council on American-Islamic Relations (CAIR), a U.S. Muslim Brotherhood front, supported the Brotherhood. “The eradication of the Muslim Brotherhood,” he wrote in 2018, “is nothing less than an abolition of democracy and a guarantee that Arabs will continue living under authoritarian and corrupt regimes.”

His close relationship to the Muslim Brotherhood led unsurprisingly to the main country supporting the Islamist group: Qatar.

The tiny emirate hosts leading Brotherhood figures, such as Yusuf al-Qaradawi, who was a star on state-owned Al Jazeera. Doha has also financed Muslim Brotherhood’s royalty, including the accused rapist Tariq Ramadan and the grandson of Hassan al-Banna, the founder of the organization.

Even the Post’s own reporting showed that Khashoggi was a propaganda agent for Qatar.

Qatar had involved Khashoggi in supporting the country’s agenda, the Post reported. Two hundred text messages between Khashoggi and Qatar Foundation International executive Maggie Mitchell Salem include communication showing how Qatar directed ideas and contents contained in Khashoggi’s articles. The Post admitted that the messages included Salem “proposing topics, drafting material and prodding him to take a harder line against the Saudi government. Khashoggi also appears to have relied on a researcher and translator affiliated with the organization.” Khashoggi went as far as asking Salem to write his article, someone he owed a lot since she helped him obtain permanent residence status in the United States.

The liberal newspaper is not only giving a platform to pro-Islamists via its op-eds, but also through its reporting, especially a recent article from Paris correspondent James McAuley, “France mandates masks to control the coronavirus. Burqas remain banned.” What is the logic there?

Race to the Bottom

Competing with the Post, the New York Times referred to an Islamic State terrorist who killed three people at the Nice Basilica, as merely “a man with a knife” and the “assailant,” even after French authorities labeled it a terrorist attack. The Times’ slanted coverage continued with news articles such as, “After Terror Attacks, Muslims Wonder About Their Place in France.” Blaming France rather than the jihadists continued in the Times’ opinion pages, which featured pro-Islamist voices such as the French “researcher” Vincent Geisser who is a good friend of Tariq Ramadan. The title of Geisser’s column says it all: “Is France Fueling Terrorism by Trying to Prevent It?”

In it, he denied that France’s Muslim population is disproportionately self-segregated and argued that “it is the French government’s rhetoric that could end up convincing some Muslims that they are indeed different from other French people.”

It is mindboggling that the overwhelming majority of the reporting and op-eds from both the Times and the Post blame France, describe it as an Islamophobic country and show the presumed suffering of French Muslims. Where are all the articles about the real victims, the innocents killed by Islamist extremists? What about their stories? What about talking about the terrorists as well?

Adam Nossiter, the Times‘ Paris bureau chief, blamed secularism – the pillar of French society – for offending all Muslims. “Secularism,” he wrote, “is being used to beat up a certain community.” In a debate on France Culture Radio, Nossiter claimed that the Qatar-funded, Islamist organization CCIF (Le Collectif Contre L’Islamophobie en France) is just a regular Muslim organization, hinting that France’s decision to ban it is totally unfounded and unfair. However, the CCIF has long been known as a Muslim Brotherhood front, very close to both Tariq and Hani Ramadan, who, incidentally, is banned from France for his extremist views. Hence why French Interior Minister Gerald Darmanin has called the group “an enemy of the Republic.”

But the pearl of Nossiter’s performance is when he compared French “racism against Muslims” today with the anti-Semitism of the Vichy regime during WWII that sent 70,000 French Jews to their deaths. “These caricatures, which are so fiercely defended by Mr. Macron, are an insult to a large part of the French population who happen to be Muslim,” Nossiter said. “They are asked to suffer in silence, to be martyrs, for the cause of freedom of expression.”

Macron complained to the Times about its coverage of the terror attacks in France. He criticized the paper for its lack of solidarity with France, notably because of its first title after the assassination of teacher Samuel Paty. The newspaper’s headline was: “French police shoot man after deadly knife attack.” The title was changed quickly enough, but it left its mark. Then Macron told Times media writer Ben Smith that his newspaper suggested that France was an Islamophobic and racist country and that these articles thus “legitimized the violence of which France is a victim.”

Macron gave an interview on Dec. 4 in which he said: “I was shocked by the English-speaking press saying ‘These French people are strange. They insulted the Prophet. They don’t like Islam.'”

Subsequently, the Times editorial board issued a half-baked apology: “The French reaction is understandable. The beheading of a schoolteacher and the murder of three churchgoers in Nice by Islamist terrorists cannot be justified by any grievance, real or perceived. Any attempt to lay the blame for these horrific crimes on their victims, or on national policies, is perverse.”

“But the debate cannot cross into any notion that any victim of Islamist terror ‘had it coming.'” Mr. Macron is right to reject any such suggestion. But he goes too far in seeing malicious insult throughout the ‘Anglo-American media.'”

As writer Ed Husain, a brave British Muslim and former hardcore Islamist himself, said: “Those portraying Macron’s speech as anti-Islamic tend not to report the bit where he promised €10 million for research into Islamic culture, history and science, and the creation of a ‘Scientific Institute of Islamology.'”

In a letter to the Financial Times, describing the Islamist time bomb that faces French society, Macron said there are “hundreds of radicalized individuals” living in France who could strike with a knife at any moment. He added that some French districts are “terrorist breeding grounds” where “small girls wear full veil and are raised to hate our values.”

“This is what France intends to fight against today,” he wrote. “Against plans of hatred and death that threaten his children. Never against Islam. Against obscurantism, fanaticism, violent extremism. Never against a religion.”

The Post and Times‘ aggressive campaign against France coincided with the three successive quick jihadist attacks the country witnessed in over a month. The liberal American media that has turned into the vehicle of the Islamo-Leftism crowd is joining the likes of al-Qaida and Islamic State by accusing France of being an Islamophobic country and deserving the violence it is attracting. The Times‘ half- apology is already a step in the right direction but the two main American newspapers need to realize that their words should not be used to side with the enemies of liberty.

Olivier Guitta is the Managing Director of GlobalStrat, a security and geopolitical risk consulting company for companies and governments. Olivier tweets @OlivierGuitta