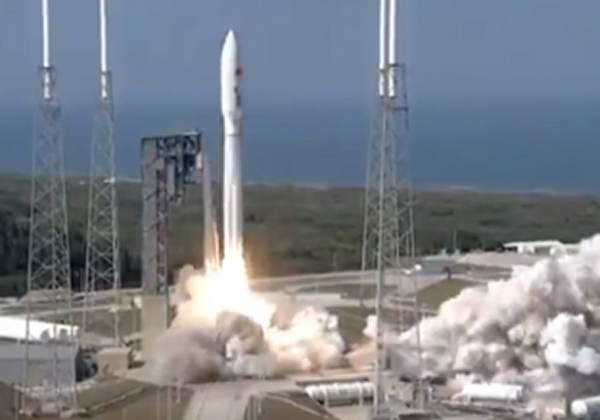 The US sits back as China and Russia move forward in the war in space.

Space-based threats from China and Russia have grown exponentially in recent years, according to a new report on the issue by the U.S. Defense Intelligence Agency (DIA), published April 12.

“Evidence of both nations’ intent to undercut the United States and allied leadership in the space domain can be seen in the growth of combined in-orbit assets of China and Russia, which grew approximately 70% in just two years,” noted Kevin Ryder, DIA senior analyst for space and counterspace. “This recent and continuing expansion follows a more than 200% increase between 2015 and 2018.”

…Space has already become the scene of an ongoing “shadow war” in which China and Russia conduct attacks against U.S. satellites with lasers, radio frequency jammers, and cyber-attacks every day, according to General David Thompson, the U.S. Space Force’s first vice chief of space operations. The attacks are “reversible” for now, which means that the damage to the attacked satellites is not permanent, but they amply demonstrate the intentions and abilities of the two main competitors of the United States in space.

“The threats are really growing and expanding every single day. And it’s really an evolution of activity that’s been happening for a long time,” Thompson said in November 2021. “We’re really at a point now where there’s a whole host of ways that our space systems can be threatened.”

China leads by far over Russia. “The Chinese are actually well ahead [of Russia],” according to Thompson. “They’re fielding operational systems at an incredible rate.” Some of those systems are ground-based, such as anti-satellite missiles (ASAT) and lasers intended to blind, damage, or destroy satellites. Others are space-based, such as orbiting “killer” satellites programmed to attack other satellites at a certain point in time, whether with blinding lasers, robotic arms or other means meant to destroy or incapacitate.

The one hope for the US doesn’t come from the government but rather from Elon Musk and SpaceX.  We reported yesterday how impressed the US military was with Musk’s response to Russian attacks on his satellites helping Ukraine.  The Russians attempted to jam the satellites and Musk’s team was able to address and prevent the action in a very short period of time.

Private entities like SpaceX may be the saving grace for the US in the space war with China and Russia.

The post Under Biden Russia and China Are Moving Ahead in Space War Technology While the US Sleeps appeared first on The Gateway Pundit.