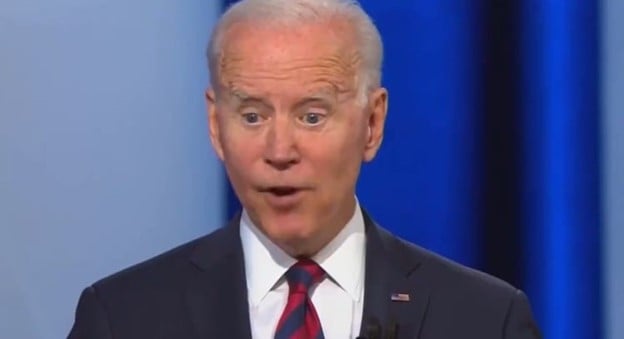 The Biden classified documents scandal continues to grow. CBS News revealed Friday that there are now 20 known documents with classified material, some of which are top secret material.

A leak of top secret information would cause “exceptionally grave danger.” This of course means America’s national security would be in jeopardy if a single top secret document fell into the wrong hands.

Despite this, the mentally incompetent Biden felt perfectly comfortable storing these top secret materials in a less than secure location. Yet another reason he must be removed from office as soon as possible.

Here is the full story from CBS News:

The approximately 10 documents marked classified and discovered at the Penn Biden Center included top-secret material, according to a federal law enforcement official familiar with the investigation.

Top secret is the highest of the three basic levels of classification: confidential, secret and top secret. A leak of top secret information could cause “exceptionally grave damage.”

Fewer than 10 documents marked classified were found at the Biden residence in Wilmington, Del., and none were marked top secret.

In all, the source said, the total number of known documents marked classified is roughly 20, between the two locations.

CBS News reported Monday that roughly 10 documents with classified markings had been found at the Penn Biden Center for Diplomacy and Global Engagement in Washington. The documents were from President Biden’s vice-presidential office at the center.

Then on Thursday, the White House confirmed that a second group of records with classified markings dating from Mr. Biden’s time as vice president had been found in his home in Wilmington, Delaware.

On the same day, Attorney General Merrick Garland named a special counsel, Robert Hur, to oversee the investigation into the documents.

Make no mistake: this new information is likely the tip of the iceberg of what’s coming down the pike. Biden deserves to be worried because it seems the media is no longer looking to protect him.

Of course, your average American would already be looking at a lifetime behind bars for absconding with classified, top secret material. So Biden has already gotten off extraordinarily easy.

CBS News has learned that the classified documents recovered from the Penn Biden Center and President Biden’s Delaware home number roughly 20 and include materials marked “Top Secret.” Meanwhile, the White House continues to struggle to answer any questions. pic.twitter.com/4F9DgFYhhp