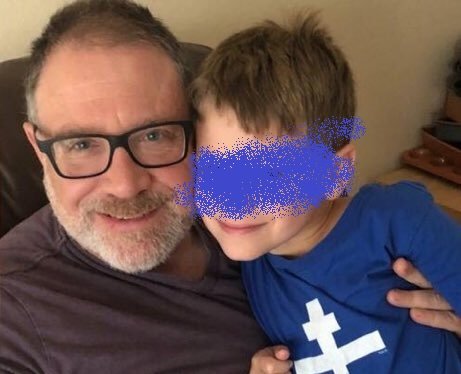 This is a heartbreaking update.

As previously reported, the mother of 8-year-old James wanted to start the boy on puberty blockers and eventually cross-sex hormones.

The boy’s father, Jeffrey Younger vowed to keep fighting to protect his son after a jury last year ruled against him in his court case to save his son James from gender “transition.”

The crazed mother, Dr. Anne Georgulas was to continue the chemical castration of their son to transition James Younger into “Luna.”

Dr, Georgulas actually admitted in court that she is not the biological mother of James and his twin brother Jude. She used in-vitro fertilization with a donor egg.

Texas Governor Gregg Abbott announced last fall that the Texas Attorney General’s Office and the Texas Department of Family and Protective Services were looking into the horrific case involving James Younger and his abusive mother who is working to castrate her son.

A video of James Younger when he was only 3 years old surfaced revealing that his mother put dresses on him and painted his fingernails when the child was just an infant!

The abuse from the mother all started because James liked a toy from the movie ‘Frozen’ meant for little girls. It is totally normal for little boys to play with girls toys; it does not mean they want to be castrated and ‘transition’ into a girl.

When asked if he was a boy or a girl, James, then only 3 years old answered, “girl.”

He said his mom told him he’s a girl.

Now Jeffrey Younger is being forced to pay his ex-wife $5,000 a month to pay for his son’s “transition” and counseling in addition to a $10,000 retainer required by the counselor.

Judge Mary Brown issued the order without a proper hearing.

Yesterday, a Dallas judge took away Jeffrey Younger’s say in his son James’ medical, psychological, and psychiatric care, giving that power to James’ mother, who wants to “transition” him into a “girl.” After receiving national attention in October 2019, the bitter parental dispute had ultimately resulted in both parents getting a say in decisions regarding James and his twin, Jude; this ruling effectively reverses that.

James Younger’s mother, Dr. Anne Georgulas, will now be able to enroll the eight-year-old in school as a “girl” named “Luna” and subject him to transgender medical procedures.

Yesterday, Judge Mary Brown, who was appointed to the case in January, granted Georgulas’ requests to force Mr. Younger to pay for counseling for James and Jude and attend family counseling. Mr. Younger previously objected to both of these