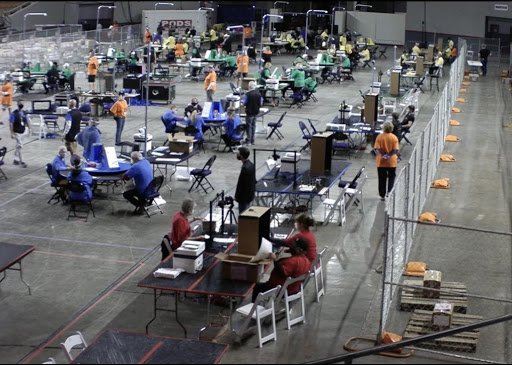 Monday is a big day in the Arizona Senate for election integrity.

After the historic full forensic audit of Maricopa County’s 2020 election, GOP State Legislators are leading the charge to fix the vulnerabilities and strengthen election laws in Arizona.

The 2022 elections are coming up, and Arizona leftists are preparing to execute another stolen election.

The Arizona Senate Government Committee will meet Monday to consider critical election reform, including legislation to make ballot images public records available only to the voter and require counties to use ballot paper to include 19 specified fraud countermeasures.

Patriots have been called to rally at the capitol before and during the meeting to pass these critical measures.

Trump-endorsed Arizona Gubernatorial Candidate Kari Lake put out an urgent call to action for proponents of election integrity to show up and show their support. Lake will be there to show her support.

URGENT!!
We need ALL HANDS ON DECK to show up & support ALL these Election Reform Bills on Monday (1/24 2pm)
Please Request to Speak in Favor of these Bills.
Those who support corrupt elections will show up en masse to defeat them.
We must be there!https://t.co/kz60KhXOvjpic.twitter.com/pZv2NIWyCK

Rogers will sit on the Government Committee this Monday, replacing Senator J.D. Mesnard, who is unavailable.

Senator Rogers:AZ Auditors and all patriots – We need you to get as many conservatives to come down to the Senate Hearing Room on Monday at 2 PM to speak two minutes apiece on each of these election integrity bills.