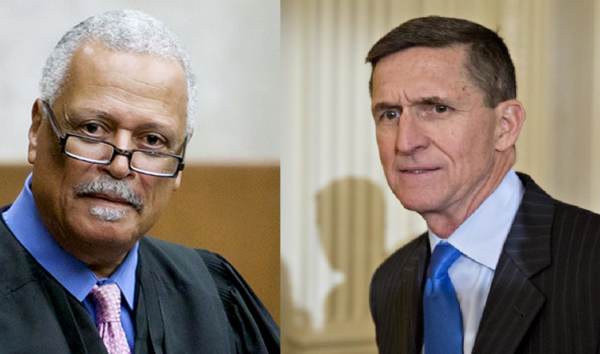 The Barr Justice Department dropped its case against General Mike Flynn last month after bombshell documents were released that proved Flynn was framed by Comey’s FBI.

But the Clinton-appointed Judge Emmet Sullivan made a shocking, political move to delay justice for General Mike Flynn.

This is unheard of!

This came after the US Supreme Court just one week earlier ruled that rogue judges CANNOT do what Judge Sullivan is wanting to do.

The Supreme Court ruled 9-0 to prevent judges like Emmet Sullivan from becoming tyrants on the bench.

On Monday Judge Emmet Sullivan claimed he is not required to “rubber stamp” the Justice Department’s bid to dismiss the case.

This is a ridiculous statement by the corrupt judge turned prosecutor.

On Monday afternoon the Department of Justice responded to the rogue judge reminding Sullivan, “We’re the prosecutors here, not you!”