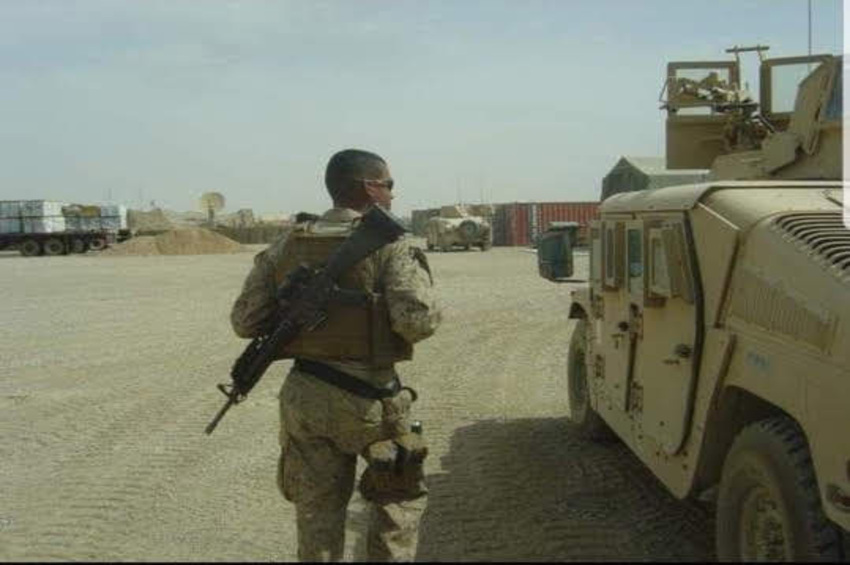 September 11th 2001 was a day of tragedy, pain, anger, & patriotism that would forever change my life. I remember watching every American band together, united under the American Flag to save as many lives as possible from under the wreckage. I knew immediately that I must give back to this great nation for all it has blessed my family & myself with.

I joined the US Marine Corps in 2005 to avenge the atrocities of that day, protect our American way of life. I was honored & humbled to have served in 7th Marine Regiment who was home to some of the greatest Warriors America had ever known like Chesty Puller, John Bastilone, & Ira Hayes. The Marines of the 7th Regiment raised the Flag on Iwo Jima, fought off the waves of Japanese on Guadacanal, & endured the harsh Chosin Frozen. 2/7 endured many tough battles between Iraq & Afghanistan losing over 46 Marines killed in action, over 200 wounded in action, & over 20 lost to suicide since 2009.

I left the Marine Corps in 2009 hoping to start a new life after serving but found myself amongst an ungrateful populace who mistreated all generations of Veterans, forgot about us, & fought amongst each other over trivial matters. So I rejoined the military but wanted to serve the US Army for more experience. I once again found myself honored & humbled to serve in the historic 101st Airborne Division who stormed the beaches of normandy, parachuted into Operation Market Garden, & liberated the jewish prisoners from tyranny. I served as a Mobile Training Team Advisor to the Afghanistan Government, helped emplace key short to Long range missile defense to the Korean Peninsula, & filled our ranks of the Army as a recruiter in Brooklyn New York.

Throughout my 14 years of service I still didn’t believe I did enough for the American people so I joined a National Veterans Non Profit called Wings for Warriors. I devoted my off time solving key issues affecting our Veterans regardless of conflict, or discharge status. I fought for solutions to Traumatic Brain Injuries, Malpractice, UCMJ injustices, VA Claims, Homelessness, & much more.

This leads me to why I have chosen to run for Congress. Our Constitution, due process, Borders, Democracy, Flag, Anthem, Patriotism, free speech, & the right to bear arms is under attack. My oath has no expiration date to protect & defend the Constitution against all enemies both foreign & domestic. I will defend our founding principles with the same vigor on Capitol Hill as I did while wearing the uniform.

Our greatest strength is within our American values & principles. My “Strength Through Civility” campaign needs your help to restore & protect our American way of life.